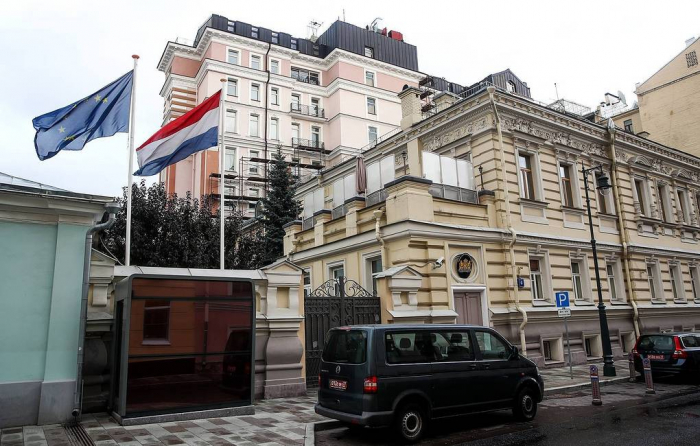 Moscow has decided to expel two employees of the Dutch embassy in Moscow as a response to similar actions taken by Amsterdam, AzVision.az reports citing TASS.

"On January 18, acting charge d’affaires of the Kingdom of the Netherlands Joost Reintjes was summoned to the Russian Foreign Ministry. He was communicated a resolute protest in light of a groundless declaration of two staffers of the Russian embassy in the Netherlands as personae non gratae in December 2020 for alleged activities incompatible with their diplomatic status," the Russian Foreign Ministry said in a statement Monday. "The Dutch embassy representative was told that the Russian side was guided by the principle of reciprocity in its decision to expel two diplomatic employees of the Dutch embassy in Moscow from Russia. They are to leave Russia within two weeks."