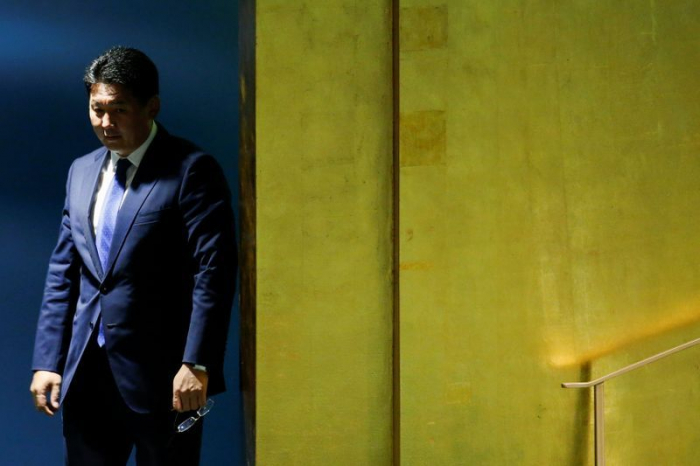 Mongolia’s Prime Minister Khurelsukh Ukhnaa submitted his resignation to parliament on Thursday after protests in the capital Ulaanbaatar over the government’s handling of the COVID-19 pandemic, the state news agency Montsame reported.

Khurelsukh said in his resignation statement that he should “assume the responsibility upon himself and accept the demand of the public.” His resignation needs to be approved by parliament.

The protests erupted on Wednesday over what some Mongolians saw as the inhumane treatment of a COVID-19 patient and her newborn baby, Montsame said.

Video footage showed the patient, still wearing her nightgown and slippers, being relocated with her baby to a specialist quarantine facility run by Mongolia’s National Center of Communicable Diseases.

The incident came amid growing public dissatisfaction with Mongolia’s economic situation and a lack of job opportunities.

Mongolia, which earned praise from the World Health Organization in the early stages of the COVID-19 pandemic for its handling of the health crisis, has recently been battling an outbreak caused by an infected driver entering from Russia.

The country, with a population of around 3 million, has so far reported 1,584 cases, but no deaths.