Covid-19: 'No evidence' of AstraZeneca jab problems, says WHO 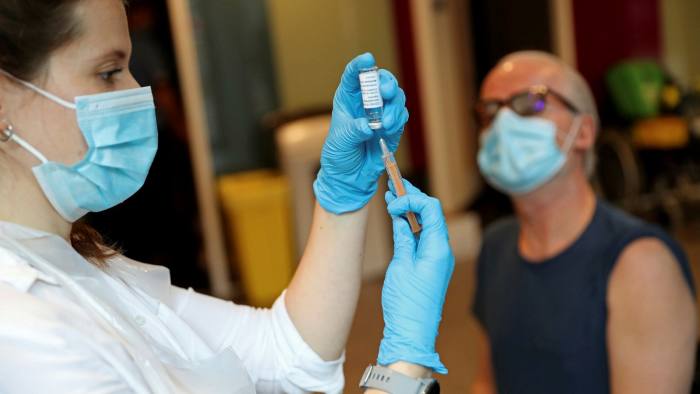 The World Health Organisation has said there is no evidence that incidents involving blood clots are caused by the Oxford-AstraZeneca vaccine, BBC reported.

In a statement, the WHO said it was reviewing reports relating to the jab, but it was important that vaccination campaigns continued.

It was good practice to investigate potential adverse events, it added.

Germany on Monday joined several other European countries in halting vaccinations as a precaution.

There have been a number of cases in Europe of blood clots developing after the vaccine was administered.

However, experts say the number of blood clots reported after the vaccine were no more than those typically reported within the general population.

About 17 million people in the EU and the UK have received a dose of the vaccine, with fewer than 40 cases of blood clots reported as of last week, AstraZeneca said.

WHO spokesman Christian Lindmeier said the body was investigating the reports.

"As soon as WHO has gained a full understanding of these events, the findings and any unlikely changes to current recommendations will be immediately communicated to the public," he said.

"As of today, there is no evidence that the incidents are caused by the vaccine and it is important that vaccination campaigns continue so that we can save lives and stem severe disease from the virus."

The European Medical Association - which is also currently carrying out a review into incidents of blood clots - said the vaccine could continue to be administered.

The UK medicines regulator also said evidence "does not suggest" the jab causes clots, as it urged people in the country to get the vaccine when asked to do so.

Professor Andrew Pollard, director of the Oxford vaccine group that developed the Oxford-AstraZeneca jab, told the BBC's Today programme there was "very reassuring evidence that there is no increase in a blood clot phenomenon here in the UK, where most of the doses in Europe [have] been given so far".

While vast numbers of people are being vaccinated at pace around the world, some of them will still get sick with other things unrelated to the vaccine.

These pauses for the AstraZeneca vaccine are not because it is unsafe to give. It's to allow time for experts to explore why a small number of people who were recently given the shot also developed blood clots.

When an illness occurs shortly after vaccination, it is right to question whether the shot might have contributed in any way.

There is no indication or evidence, however, that the vaccine was linked or responsible.

In the UK, more than 11 million people have already received at least one dose of the AstraZeneca vaccine and there has been no sign of excess deaths or blood clots occurring. Europe's drug regulator has also backed the vaccine, saying its benefits are clear. Covid can be deadly and vaccination saves lives.