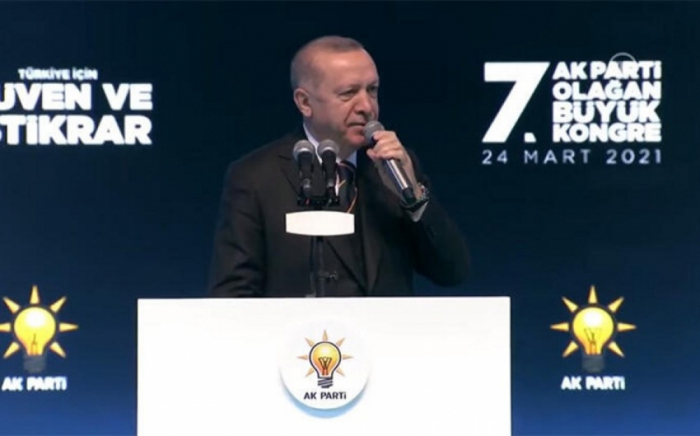 Turkey's president on Wednesday was unanimously re-elected leader of the ruling Justice and Development (AK) Party in a congress in the capital Ankara.

After being nominated by top party officials, Recep Tayyip Erdogan was re-elected chairman for a seventh term at the party’s 7th Ordinary Grand Congress.

Out of 1,431 ballots, Erdogan got 1,428 valid votes, and there were three spoiled ballots, according to Ali Ihsan Yavuz, the party’s deputy chair.

Speaking after the vote, Erdogan thanked his fellow party members for deeming him worthy of the post.

Separately, the party also elected 75 members of its Central Decision and Executive Board (MKYK).