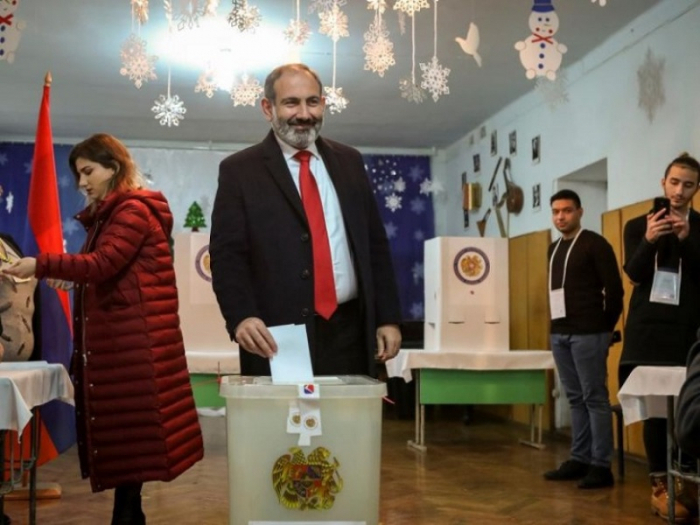 The Armenian Central Electoral Commission (CEC) has disclosed the final results of the snap parliamentary election, according to which the "Civil Contract" party of acting Prime Minister Nikol Pashinyan (53.91 percent of the votes) won, while the "Armenia" bloc of ex-President Robert Kocharian (21.9 percent of the votes) ranked second, AzVision.az reports citing TASS.

The CEC meeting was broadcast in real time by local TV channels.

Besides Pashinyan's party and Kocharian's bloc, "I Have the Honor" bloc of third President Serzh Sargsyan and former head of the National Security Service Artur Vanetsyan, who gained 5.22 percent of votes, also entered the parliament.