US military veterans train Armenian children in village near Azerbaijan 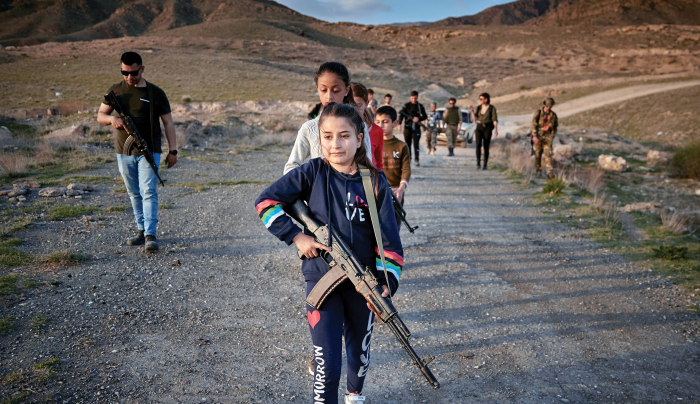 The Armenian children are being trained in the village only a few kilometres from the border with Azerbaijan as a part of training conducted by the Phoenix School of Bravery, a small organization of military veterans who fought in last fall’s Armenia-Azerbaijan war, AzVision.az reports citing the article published in the American media.

According to the media, Aram, Phoenix’s founder and head, will drill the villagers on defensive tactics and combat operations, such that if need be, they can employ them themselves.

"Aram (not his real name) comes from this background. Though of Lebanese-Armenian descent, he served in the U.S. Air Force as a special forces officer for 13 years, participating in missions in Iraq, Afghanistan, and central Africa, among other places. When the war started, Aram heeded the call: He flew into Yerevan days after the war began and deployed with a volunteer unit in southern Karabakh", the article reads.