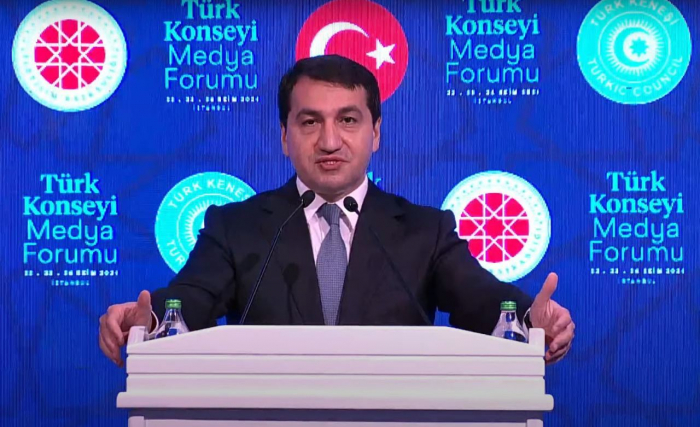 After the victory in the second Karabakh war, a new main goal of Azerbaijan is the restoration of Karabakh, Assistant to the President of Azerbaijan - Head of the Foreign Policy Department of the Presidential Administration Hikmet Hajiyev said, AzVision.az reports.

Hajiyev made the remark at the media forum of the Turkic Council in Istanbul.

Hajiyev said that during the 30-year occupation of 20 percent of Azerbaijani lands, the cities and villages in these lands were totally ruined.

“It is impossible to imagine such destruction in the 21st century. Our goal is to call for peace to prevent such incidents in the future,” Hajiyev said.

He noted that the Azerbaijani cultural heritage in the previously occupied territories was destroyed.

As many as 67 mosques were destroyed. Livestock was kept in mosques, which is an insult to Islam,” Hajiyev said.