Azerbaijan set to expand cooperation with Turkey in mine clearance 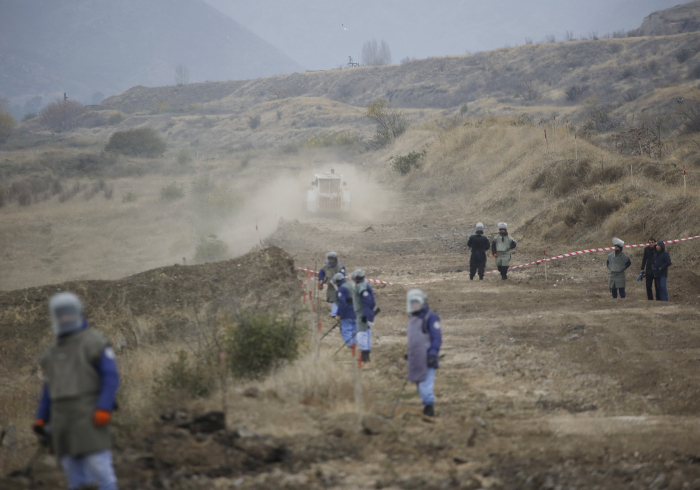 Azerbaijan will expand cooperation with Turkey in the field of mine clearance, Chairman of the Board of the Mine Action Agency of Azerbaijan Vugar Suleymanov said in an interview with the Turkish Anadolu agency, AzVision.az reports.

Suleymanov noted that the number of de-mining units has been increased, and training has been held.

The agency head also noted that the agency is in constant contact with the Turkish ministries specializing in mine clearance, and an exchange of views is being held.

"The contamination of territories with mines contradicts the basic norms and principles of international law, including the Geneva Convention of 1949. As a result of the explosion of mines placed by Armenia during the occupation, after the end of hostilities in November 2020, 33 citizens of Azerbaijan, including seven soldiers and 26 civilians have died, 139 people were seriously injured," Suleymanov added.