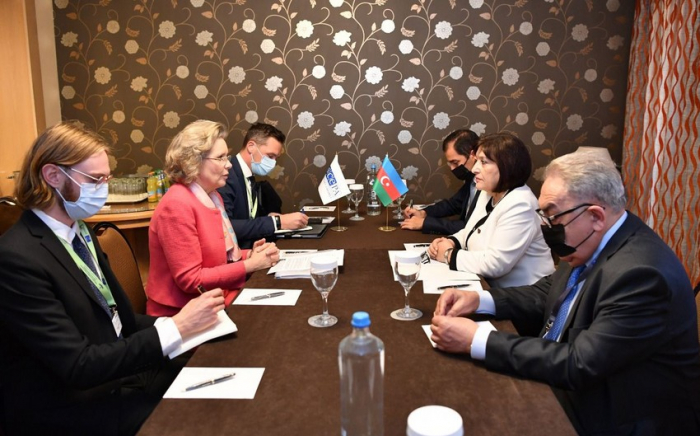 Speaker of the Azerbaijani Parliament Sahiba Gafarova expressed protest over the use of the term “Nagorno-Karabakh conflict” by representatives of international organizations during her meeting with President of the OSCE Parliamentary Assembly Margareta Cederfelt in Athens, the parliament’s press service told AzVision.az.

Speaker Gafarova is paying a working visit to the Greek capital.

She recalled that Azerbaijan achieved a historic victory during the 44-day Patriotic War last year, restoring its territorial integrity.

“The Nagorno-Karabakh conflict is a thing of the past. A new stage – the stage of restoration and construction - has already begun for Azerbaijan and the region. Azerbaijani President Ilham Aliyev earlier signed a decree on the establishment of the Karabakh Economic Region and the East Zangazur Economic Region,” the speaker added.