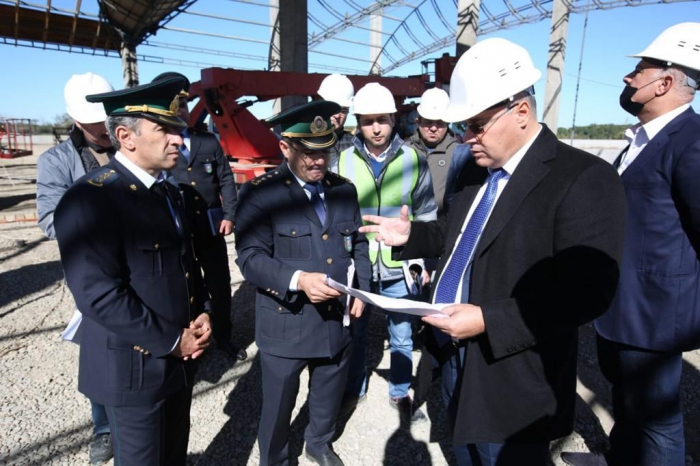 The new "Khanoba" customs post on the border of Azerbaijan and Russia will facilitate faster transportation of goods along the North-South transport corridor, the State Customs Committee (SCC) of Azerbaijan said in a statement, AzVision.az reports.

According to the Committee, the opening of this customs post will also increase the throughput of transport corridors on the territory of Azerbaijan.

“The post is planned to be equipped with the most modern equipment, which will simplify all processes at the border. The post will also contribute to the expansion of the transit capabilities of the country, the maximum reduction of queues at the border with Russia,” the statement says.

On October 22, Chairman of the State Customs Committee of Azerbaijan, Colonel-General Safar Mehdiyev, viewed the progress of construction work at the Khanoba customs post.

He was informed in detail about the construction of an administrative building in the customs post zone, on the import-export control lines.