Leaders of Azerbaijan, Russia and Armenia expected to meet soon 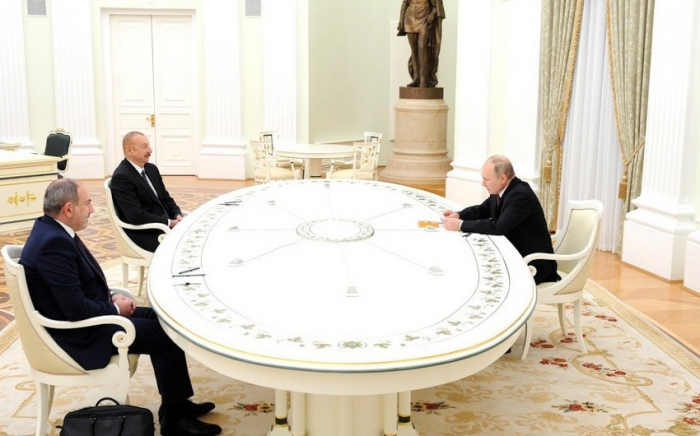 A trilateral meeting of the leaders of Russia, Azerbaijan and Armenia is expected to be held in Moscow on November 8-9, AzVision.az reports citing the Russian media.

The meeting is expected to be followed by the signing of trilateral statements.

Note, the first trilateral meeting of the leaders of Armenia, Azerbaijan and Russia was held on November 10 and the sides signed an agreement to end six weeks of fierce fighting in Nagorno-Karabakh.

On January 11, 2021, the Azerbaijani, Russian and Armenian leaders met the second time and signed the second statement since the end of the 44-day war. The newly-signed statement is set to implement clause 9 of the November 2020 statement related to the unblocking of all economic and transport communications in the region.