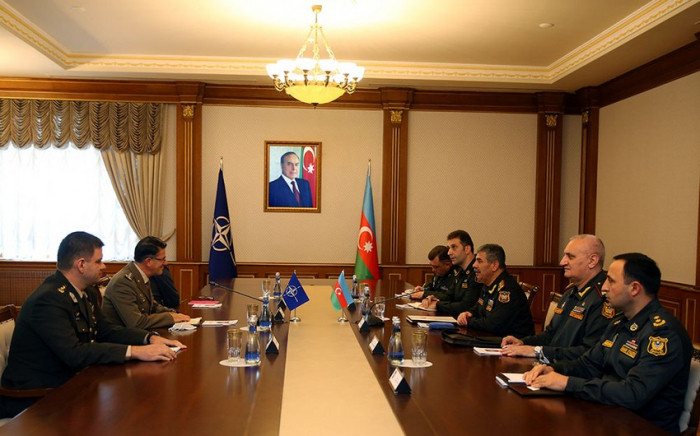 On October 25, Azerbaijan's Defense Minister Colonel-General Zakir Hasanov held a meeting with a delegation led by Major General Francesco Diella, Director of the Cooperative Security Division of the NATO International Military Headquarters, who is on a visit to Azerbaijan.

The Defense Minister informed the guests about the current situation on the state border and the work done by the Azerbaijani Army in the territories liberated after the Nagorno-Karabakh War under the command of the President of the Republic of Azerbaijan, Supreme Commander-in-Chief Ilham Aliyev.

In turn, Major General Diella expressed satisfaction with the current state of NATO's cooperation with Azerbaijan, the positive results achieved in this area, and stressed the significance of further development of bilateral relations.