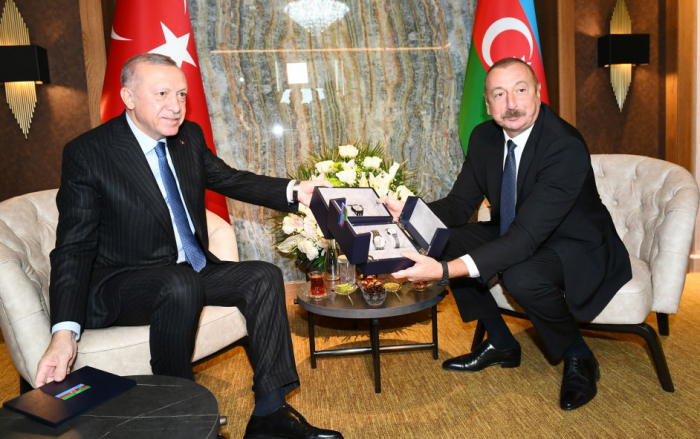 The opening of the Fuzuli International Airport took place on October 26.

The Azerbaijani and Turkish presidents cut the ribbon symbolizing the opening of the airport.

The heads of state then had a conversation.

President Erdogan presented watches with the image of 'Kharybulbul' to President Aliyev.

President Aliyev:  Thank you. Take a close-up. My dear brother has given me these beautiful watches. The image of Kharibulbul is also on it.

President Erdogan: We have been to Shusha. Shusha is close from here. Kharibulbul is also a symbol of Shusha.

President Aliyev:  Yes, thank you very much, thank you.