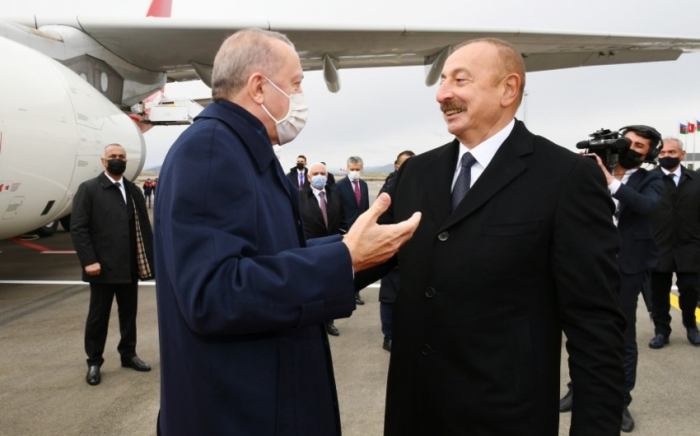 The Shusha Declaration has officially raised Azerbaijani-Turkish relations to the level of an alliance, Azerbaijani President Ilham Aliyev said as he made a press statement with his Turkish counterpart Recep Tayyip Erdogan in Zangilan on Tuesday, AzVision.az reports.

President Aliyev stressed the great importance of the Turkish leader’s visit to the liberated Azerbaijani territories.

“This is your second visit to the liberated Azerbaijani territories. I visited Shusha with you four months ago,” the Azerbaijani leader said.

“Today, we are in Fuzuli and Zangilan. The Shusha Declaration signed in Shusha is a historic document. This document has officially raised our relations to the level of an alliance,” President Aliyev added.

“Our joint participation in the inauguration of the Fuzuli International Airport today once again demonstrates our unity and strength,” said President Aliyev, stressing that Turkey and Azerbaijan, as two brotherly nations, always stand by each other.