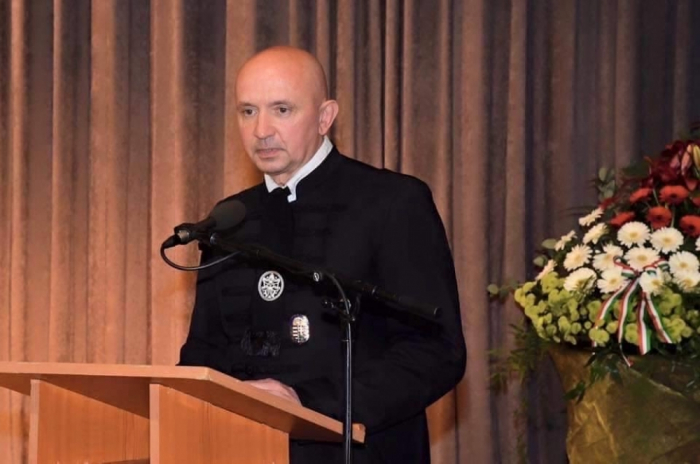 Peter Erdelyi notes that it is his third trip to Azerbaijan, but the first one to Karabakh. He was shocked by the devastation that he saw. "The war spared neither the village, nor the forests, the vineyards, the fauna and people, it did not spare even the bodies buried in the ground. The burnt territories in the southern part of Karabakh indicate occupiers’ deep hatred towards the inhabitants of the occupied lands," Erdelyi writes.

Until the revolution of 1917, many people, even Germans, Poles and Greeks lived on the territory of Azerbaijan far from their historical homelands. There was even a community of Hindu fire-worshippers here. Despite a slight reduction in the variety of nationalities, the map of ethnic minorities living here is still varied.

“A year after the collapse of the USSR, in 1992, the first Armenian-Azerbaijani war began, which lasted for 2 years. Only a year has passed since Azerbaijan became an independent state and Soviet troops left its territory. They never left neighboring Armenia; the Russian military contingent of the 102-1 base was still located there,” the author writes. Following the change of the political regime and ethnic cleansing of Azerbaijanis, Armenia turned into an ethnically homogeneous state. According to the census of 2011, only 2 percent of the population recognized themselves as non-Armenians. In Azerbaijan with 10 million population, nearly 10 percent of the population does not belong to the titular nation and represents ethnic minorities. According to some estimates, about 30 thousand Armenians live in Baku, and another 25 thousand in Karabakh. Over the centuries, the population of Karabakh, settled in the south of the Caucasus Mountains, has changed repeatedly. This was especially typical for the Nagorno-Karabakh Autonomous Region, which was occupied by the Armenian armed forces in 1992. Moreover, not only Karabakh was occupied, but also the adjacent areas, where the Armenians created a "buffer zone",” Erdelyi states.

“During a trip to the low-pitched parts of Karabakh, I was most impressed by the fact that sometimes only ruins could be seen for hours. They didn’t leave a single house, electric pole or a tree. Even animals could not be seen. As if the surface of the moon was in front of me - desert sandstone, logs and stones were scattered everywhere. And of course, a million anti-personnel mines were planted so that the former owners would not even think of returning here.

“Aghdam is a city with the most tragic fate. It was completely destroyed in 1993. The occupiers did not even spare the city cemetery and the graves of famous historical figures. “Everything can be restored. Houses, buildings and cathedrals. But how to "readjust" what happened to my father's remains? This is a huge mental trauma, inflicted not only on us, but also on all those who are in the same situation as my family. I decided that I would file a claim to the European Court against Armenia. I cannot do it against Nagorno-Karabakh, as this political formation is not recognized by anyone,” Erdelyi refers to the words of his Azerbaijani counterpart Eldar Ismayilov.

Some call the city "Hiroshima of the Caucasus” because of the extent of the destruction. And at first glance, it becomes clear that it is true. The entire city is in ruins, with the exception of two high minarets of the central city mosque, which the Armenian soldiers used as observation towers. In mosques, Armenians kept livestock, including pigs, which are "unclean" animals for Muslims. “When I was there, the stone floor of the mosque was covered with manure. This further exacerbated my impressions.

The graves of famous Azerbaijani historical figures, the crypts of the khans and imams were destroyed, the gravestones were knocked down, the remains of skeletons were scattered. The same fate befell the tomb of the founder of the city, Ibrahim Khalil Khan, which is now in ruins. The monument of Khurshidban Natavan was also destroyed, the grave was dug up, the bones were scattered. Natavan lived in the 19th century, was a philanthropist. She is considered one of the best representatives of Azerbaijani poetry, " the Hungarian journalist writes.

The destroyers explained their nastiness on Muslim cemeteries in this way that they were protecting the outposts of Christianity from the aggressively spreading Islamic fundamentalism. If someone has ever been to Azerbaijan, he/she will affirm that this country is an island of peace and tranquility, there is no trace of any blind faith.” Because of this liberal approach, tourists of Azerbaijani nationality from neighboring countries, for example, from Iran come here to relax, do shopping and have fun," Erdelyi concludes his article.