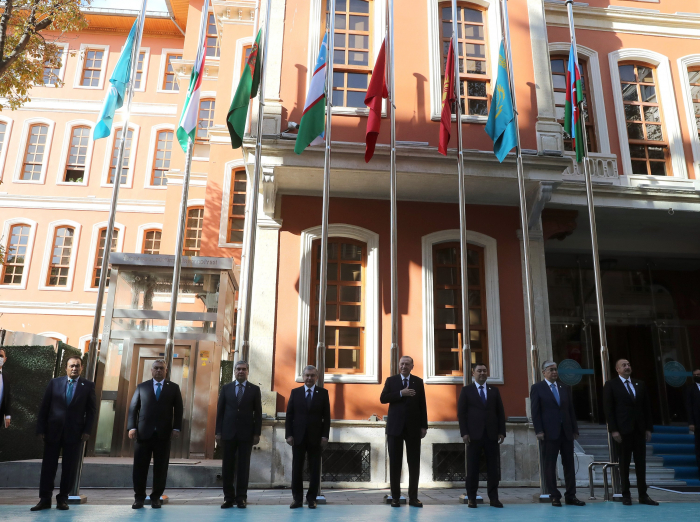 Turkey on Friday hosted the 8th Summit of the Cooperation Council of Turkic Speaking States (Turkic Council) on an island southeast of Istanbul.

The meeting with the theme "Green Technologies and Smart Cities in the Digital Age" is being hosted by President Recep Tayyip Erdoğan.

Azerbaijani President Ilham Aliyev, Kazakh President Kassym-Jomart Tokayev, Kyrgyz President Sadyr Japarov, Uzbek President Shavkat Mirziyoyev and Prime Minister Viktor Orban of Hungary, which is an observer state, are attending the summit, which is held on Democracy and Freedom Island in the Sea of Marmara.

President Gurbanguly Berdimuhamedov is also attending on behalf of Turkmenistan, which takes part in the summit for the first time as an observer member.

Important decisions on the functioning and future of the organization including the changing of its name to the Organization of the Turkic States and the adoption of a "Vision Document" for the next two decades are expected to be taken at the summit.

Ways to further develop cooperation among the friendly countries in every field will also be discussed at the summit, during which Turkey will assume the presidency of the organization from Azerbaijan.

Erdoğan will also hold bilateral talks with his counterparts on the sidelines of the summit.

The Turkic Council was formed in 2009 to promote cooperation among Turkic-speaking states. It consists of Azerbaijan, Kazakhstan, Kyrgyzstan, Turkey and Uzbekistan as member countries and Hungary as an observer state.

Earlier in the day before the summit, Erdoğan, with the leaders of the Turkic Council member countries and Turkic Council Secretary General Baghdad Amreyev, officially opened the council's general secretariat building in the Sultanahmet neighborhood of Istanbul's Fatih district.

Erdoğan and the foreign dignitaries later left for the Democracy and Freedoms Island in the Sea of Marmara to attend the summit.