Armenia`s entry to the Customs Union hurts its national interests 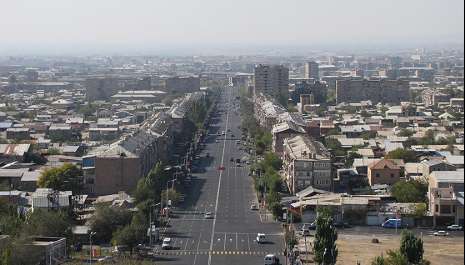 By Assoc. Prof. Dr. Vusal Gasimli, Chief of the Department of the Economic Analysis and Global Affairs, Center for Strategic Studies under the President of the Republic of Azerbaijan.

Armenia`s decision to join the Kremlin-led Customs Union has added new characteristics to the geopolitical scene in the region. The European Union (EU) and official Baku both oppose Armenia`s entry to the Customs Union, though for different reasons. Kazakhstan stipulates signing road map with dissenting opinion and Russia is waiting impatiently to engulf one more ex-Soviet republic. In its turn, Armenia is trying to minimize the costs of its hasty entry into the Customs Union.

Armenia is hoping to bring the occupied Nagorno-Karabakh territories - internationally recognized as belonging to Azerbaijan - into the Customs Union. While unhappy with Armenia`s unexpected decision to join the Customs Union instead of signing an EU Association Agreement as planned, the EU seems fairly indifferent toward the risk that that Azerbaijan`s occupied territories could be swallowed up by the single customs area administered by Moscow. Although Brussels` front office have been tasked with sending "a strong message of support for all Eastern Partnership countries in their European aspirations and choices", official Baku has been left alone to face the Armenian provocation. The Armenian foreign policy office is at Russia`s beck and call, and is directed in long-term perspective to convince Azerbaijan to join the Customs Union. Azerbaijan needs more support than ever from the EU partners to counterbalance the Russian-driven Armenian interests in the Southern Caucasus. The EU should stand by Azerbaijan as it is subjected to unjustified political pressure. Being accustomed to the EU`s double standards, Azerbaijan seems not to wait for the deployment of Russian troops in Nagorno-Karabakh along its current border, following Armenia`s accession to the Customs Union. Thus Azerbaijan opposes Armenia`s accession to the Customs Union until Armenia liberates the occupied Azerbaijani territories.

The EU has tried to act as a conflict manager as much as possible in support of Georgia in relation to Abkhazia and South Ossetia. But it is completely ignoring Armenia`s efforts to drag Nagorno-Karabakh into the Customs Union, a move which threatens to erode Western influence in the South Caucasus. Armenian officials proclaimed that Yerevan abandoned the Association Agreement because the EU`s position was not in line with the Armenian interests. Azerbaijan is hoping that the EU`s foreign-policy team will repeat the same principality in the context of Armenia`s desire together with Nagorno-Karabakh to join to the Customs Union.

On the other hand, Baku`s opposition to Yerevan`s plans to join the Customs Union together with Kazakhstan`s strict position on the need to clarify the borders of Nagorno-Karabakh in the context of Armenia`s accession to the Customs Union limit Armenia`s room for maneuver. To this end, Armenia becomes a pawn in the hands of Moscow, Astana and Baku, each looking to further their own geopolitical interests.

Utipossidetisjuris is a general principle of international law that states that newly formed sovereign states should retain the borders of their preceding dependent area before independence. This was the case with the Soviet Union: the Constitution included a provision stating that the territory and borders of the republics could not be changed without republic`s consent. This international legal doctrine was the basis for the recognition of the newly independent states as Armenia and Azerbaijan following the collapse of the USSR in 1991. As part of Azerbaijan, Nagorno-Karabakh was not subject to any separate discussions. Thus by signing the agreement on creation of CIS in December 1991, Armenia implicitly recognized the territorial integrity and the inviolability of borders of Azerbaijan. In this respect, Armenia`s view that its accession to the Russian-led Customs Union means the de facto recognition of Nagorno-Karabakh is absurd. All member states of the Customs Union, including Armenia, have recognized the borders of Azerbaijan.

The violation of territorial laws by Armenia could encourage Kyrgyzstan - the other applicant for Customs Union – to move further on its own territorial disputes with Uzbekistan and Tajikistan. Encouraged by Armenia`s behavior, Kyrgyzstan could potentially raise the same question regarding disputed territories such as Vorukh and Sokh. Vorukh belongs to Tajikistan but is enclosed within Kyrgyzstan, and Sokh is an Uzbek enclave inside Kyrgyzstan. In the wake of Kyrgyz accession to the Customs Union, these unresolved territorial disputes could lead to further tensions in Central Asia. Thus Armenia`s efforts to pull Nagorno-Karabakh into the Customs Union could create a domino effect.

The difference between the weighted average import tariffs of Armenia and the Customs Union will create negative trade-diversion effects for Yerevan. Armenia`s weighted average import tariff is 2.9 %, while the single customs tariff is at the level of 10.6%. Even the pledged reduction in the single customs tariff to the levels of 7.02% will not be sufficient to eliminate this disparity.

The most striking example of trade diversion where by Armenia will suffer by joining the Customs Union is the expected increase in the price of sugar. Armenia imposes an import (ad valorem) tariff of about $57 per ton, while the specific tariff for sugar import into the Customs Union territory is $250 in first half of the year, and $270 in the second half. The harmonization of import tariffs could increase the domestic price of sugar by about $200 per ton in Armenia. This scenario will affect other sensitive products, including staple foods. Thus, diverted trade may hurt Armenian consumers; recall that one-third of the Armenian population lives below poverty line.

Upon increasing weighted average import tariffs in accordance with the Customs Union`s requirements, Armenia`s GDP growth will be constricted. This will hamper Armenia`s efforts to avert an economic catastrophe. The high levels of trade deficit and foreign debt recorded by Armenia in 2013 might increase. After Russia, Armenia`s main trading partners are non-Customs Union member states, such as Germany, Iran, the United States, China and Ukraine. But Russia has officially proclaimed that it is not interested in non-Customs Union goods coming to Russia through Armenia without being subject to customs duties. In this way, Russia is trying to deepen Armenia`s dependence on Moscow. The price of Armenia`s accession to the Customs Union is, to an extent, its independence, economic and political. The single customs tariff is adjusted to support the crisis-affected sectors of the Russian economy, not to revitalize the Armenian economy.

Armenia`s accession to the Customs Union has also generated immediate negative consequences for Armenian-Turkish rapprochement. Duty rates in Turkey vary from 0% to 145%, with the average duty rate at 6.02%. Thus from an economic perspective, Turkey will be less interested in reopening its borders with Armenia once it has joined the Customs Union and is subject to the relatively higher duty rates. But while landlocked Armenia should be interested in intensive foreign trade with Turkey and reopening the borders,Yerevan is instead choosing a path that will increase tensions with Azerbaijan and Turkey, two vitally important neighbors.

Armenia does not have a land connection with any of the current Customs Union members, and so joining will also result in Yerevan`s increased isolation. Armenia`s only land-based connection - Georgia - has recently signed an EU Association Agreement. Two out of Armenia`s four borders are closed; the Georgian border is associated with the EU free trade area and the Iranian route is limited by Russian interests. However, the Armenian government continues to pursue a policy of isolation, curtseying to the Kremlin at the expense of its own national interests.

In the Customs Union, each member state has own tax system: for example, value-added tax (VAT) is 12% in Kazakhstan, 18% in Russia and 20% and 10% in Belarus. In comparison with current member states, Armenian VAT is much higher - 20%. Armenia`s profit tax rate (20%) is higher than that of other Customs Union countries such as Belarus (18%), Kazakhstan (15%) and Russia (20% (13% for SME, 0% for education and healthcare industries)).It should be evaluated as a competitive disadvantage on the part of Armenia, as this will reduce its capacity to attract businesses. These differences in tax rates will cause business to leave Armenia and move into other Customs Union countries. Land-locked and isolated Armenia could attract an influx of FDI if it implements more favorable tax regime. With its current high payment balance deficit, Armenia should not be discouraging FDI inflow in favor of Customs Union membership. On the other hand, the Armenian government can not to decrease tax rates because of fiscal sustainability.

Armenian dream of cheaper natural gas from Russia following entry to the Customs Union is an illusion. Russian gas is worth $189 per thousand cubic meters including subsidies on the border of Armenia. The price also includes a 10% stake in Georgia for transit ($27 per thousand cubic meters), and transportation costs of $18 per thousand cubic meters. As a result, the difference is $144 per thousand cubic meters. Under these circumstances, how can Yerevan ask Moscow to sell gas at a lower price, if the average price of gas in the Russian domestic market is almost $140 per thousand cubic meters?
Armenian officials claim that given that the Nagorno-Karabkh issue was not an obstacle to WTO membership, nor should it present a barrier to joining the Customs Union. In fact, this proves that Armenia joined the WTO within its internationally recognized borders: i.e. without Nagorno-Karabakh. If there are no customs checkpoints between Armenia and the Azerbaijani occupied territories, including Nagorno-Karabakh, then international law and WTO requirements are being violation. Azerbaijan is continuing its WTO accession negotiations based on internationally recognized borders. To this end, Azerbaijan should raise the question of opening customs checkpoints along its occupied borders with Armenia. This approach ought to be implemented along with all unions in which Armenia is currently a member or is seeking to join, namely the Free Trade Area of CIS, the Customs Union and WTO.

By joining the Customs Union before withdrawing from Azerbaijani territories, Armenia will continue hurt its national interests and increase its isolation from the rest of region.