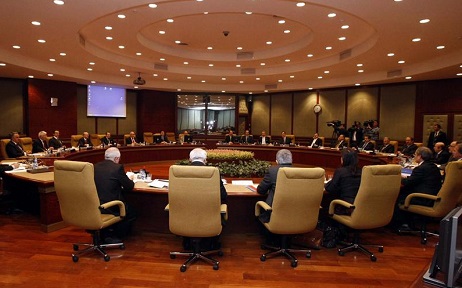 The staff of the new Turkish Cabinet of Ministers has been appointed, Turkish TRT Haber channel reported Aug. 29.

Earlier, the head of the ruling Justice and Development Party (AKP) and the Acting Prime Minister of Turkey Ahmet Davutoglu gave President Recep Tayyip Erdogan a list of the new government staff.

The newly elected president of Turkey Recep Tayyip Erdogan took the oath of office in the parliament Aug.28.

Prime Minister will officially take office after the approval of the president. According to the constitution, the prime minister will be required to submit the program of the government within five working days to the Parliament. The Parliament will vote on confidence for the new Cabinet of Ministers on Sept. 6.