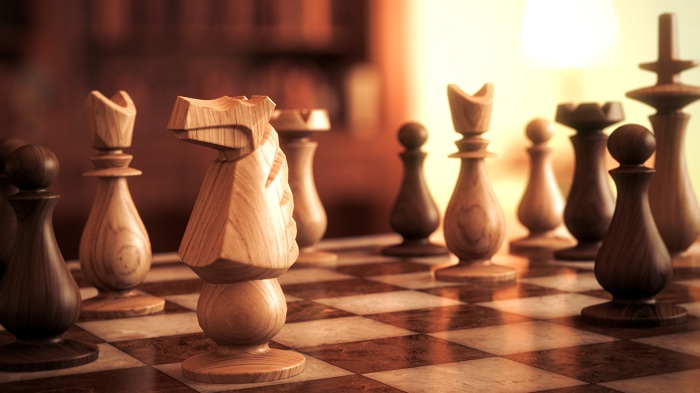 “The game of chess is a waste of time and an opportunity to squander money. It causes enmity and hatred between people,” he said, according to a translation by Middle East Eye.

Abdullah reportedly compared it to a pre-Islamic Arabian game called “maisir” which was forbidden by the Koran.

His fatwa does not constitute a ban in Saudi Arabia as it does not carry the force of law, but it was provoking debate in the country today.

Musa Bin Thaily, who presides over the Saudi Chess Association’s law committee, said the planned chess tournament in Mecca would be going ahead on Friday.

Pointing out that the Grand Mufti’s proclamation is old, with a YouTube video showing it put online last month, he referenced a previous fatwa that banned chess being used for profit, gambling or interrupting prayers and other religious duties.

“Many things are said to be illegal and religiously banned in #Saudi,” Mr Thaily wrote on Twitter, sharing photos of United Arab Emirates dignitaries at Saudi Chess Association events.

“The Saudi Chess Association has put great efforts in chess popularity and will continue holding events everywhere unless forced otherwise.”

He noted that many religious bans are not enforced in Saudi Arabia, adding that “religious society banned public music festivals but they’re everywhere”.

But Mr Thaily did raise concerns that the fatwa gave authorities “a window to be taken as justification” to cancel or disrupt events.

Grand Ayatollah Ali al-Sistani, Iraq’s supreme Shia religious authority, previously issued a fatwa saying chess is forbidden “in all circumstances”, even if a computer rather than real pieces are used and no bets are placed.

Iran banned chess-playing in public and declared it haram after the Islamic Revolution in 1979 but Ayatollah Khomeni repealed the ban nine years later. The game was also proscribed the Taliban in Afghanistan.

Nigel Short, a British chess grandmaster, told the BBC a crackdown in Saudi Arabia would be a “great tragedy”.

“I don`t consider chess to be a threat to society,” he added. “It`s not something that is so depraved as to corrupt morals.”

The proclamation has provoked ridicule on Twitter, where many commentators pointed out that the issue “isn’t black and white”.