Maths can explain why your knuckles crack with such loud pop 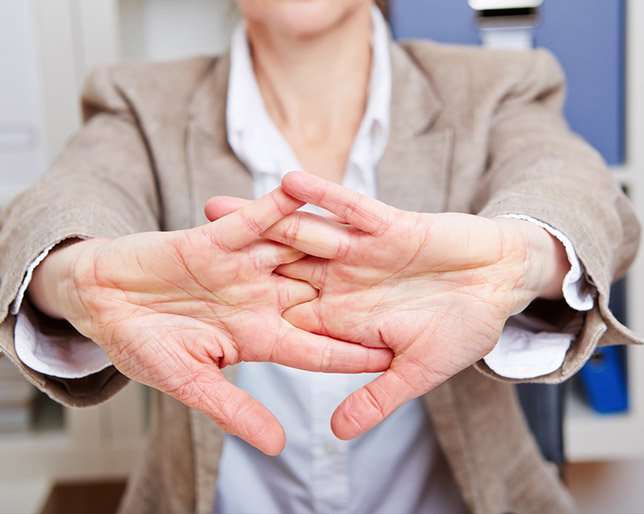 Researchers have developed a mathematical model describing finger joints, helping us to finally understand how bubbles can be responsible for the sound knuckles make when they crack.

Cracking your joints is as soothing for your nerves as it is irritating for your neighbours, but it's also confusing for scientists. In spite of decades of research, there's still a debate over exactly what's responsible for the popping noise.

One of the first empirical attempts to come up with a biological explanation for the phenomenon was made by a pair of British researchers back in 1947, who took a series of X-rays to see exactly what was happening inside the joints.

Their conclusion? That it was caused by bubbles popping out of the lubricating synovial fluid like the world's smallest thunderclap – an event referred to as cavitation. And ultimately this answer was widely accepted for roughly a quarter of a century.

In 1971 that hypothesis was cast in doubt, and a new explanation pinned the blame on the collapse of those gas bubbles rather than their formation.

Then several years ago, yet another investigation based on magnetic resonance imaging (MRI) suggested the bubble-formation hypothesis was the correct one all along.

Their real-time recording showed a space forming with the separation of the joints, coinciding with the familiar popping sound. All up, the whole process took only 310 milliseconds.

Still, MRI devices aren't the greatest at capturing detail in slow-motion, leaving some room to argue about the exact sequence of cavitation, crack, and collapse.

So in 2015 an American radiologist led a study that added ultrasound to the toolbox in an effort to hone in on the exact sequence of bubbling and popping. They also leaned towards the cracking-cavitation explanation.

With such evidence piling up in favour of the bubble-formation model, surely we can all file this under case closed? Not quite yet.

Because in this latest analysis, according to V. Chandran Suja from Stanford University and Abdul Bakarat from École Polytechnique, there's still life in the collapsing bubble explanation.

Their approach was to avoid all the hassle of trying to capture the timing of the pop with sophisticated machinery, and instead investigate the numbers behind the physical changes.

Representing the joint's geometry as mathematical equations allowed them to calculate the dynamics acting on the joint's synovial fluid and compare it to the acoustics of the cracking sound itself.

Thy recorded the requisite noises from their own stressed finger joints, as well as data they pulled from previous studies.

Importantly, their work showed the bubble didn't need to collapse completely in order for the sound to occur.

The fact that bubbles could still be seen in the fluid following the noise had been taken as evidence favouring the formation hypothesis.

While there is some reason to believe the pressures involved in making and busting those cavities inside our joints can cause harm, it seems that this doesn't lead to any long lasting damage.

Which is a good thing, because if history is anything to go by, we suspect this heated argument won't be over any time soon.

This research was published in Scientific Reports.