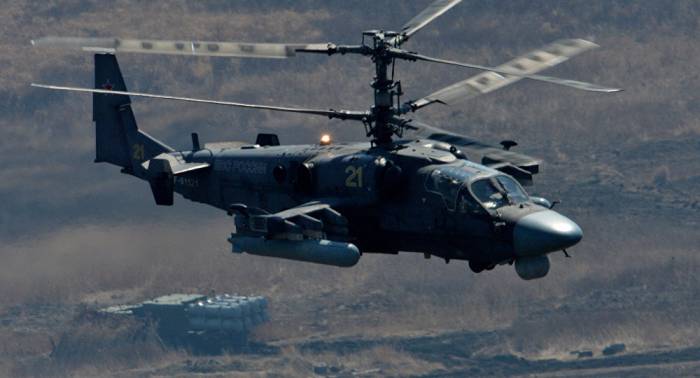 A Russian Ka-52 attack chopper crashed Monday during a flight over eastern Syria as a result of a presumed technical malfunction, according to the Russian Defense Ministry. Both pilots aboard the aircraft died as a result of the incident, Sputnik reported.

"When carrying out a planned flight over the eastern regions of the Syrian Arab Republic, the Russian Ka-52 helicopter crashed. Both pilots were killed," the ministry revealed in a statement.

The bodies of the pilots were found by search and rescue crews and taken to their operating base, the ministry said.

The Ka-52 Alligator is an armed helicopter designed to conduct anti-ground missions and reconnaissance flights.

"The cause of the incident could be a technical malfunction," the ministry added.