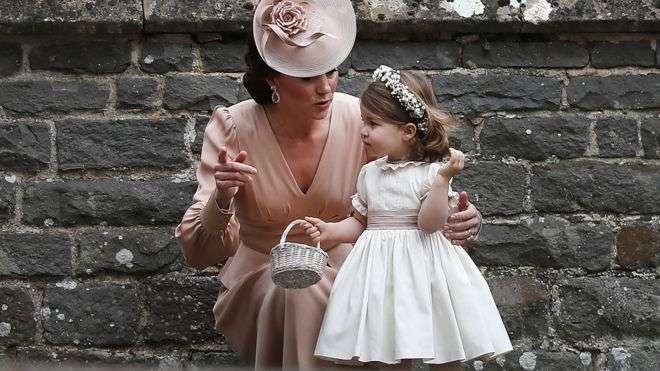 Three-year-old Princess Charlotte will be one of six young bridesmaids at the wedding of Prince Harry and Meghan Markle, Kensington Palace has said.

Her elder brother, Prince George, aged four, will be a pageboy alongside three other young boys.

So far, the details of the bridesmaids' dresses and the pageboys' uniforms remain under wraps.

Ms Markle, 36, will not have a maid of honour as she wanted to avoid choosing just one of her closest friends.

As well as his niece and nephew, Prince Harry has picked three godchildren - three-year-old Florence van Cutsem, two year-old Zalie Warren and Jasper Dyer, six - to have starring roles on his big day.

Jasper is the son of Prince Harry's close friend Mark Dyer, a former royal equerry to Prince Charles, who supported Harry after the death of his mother, Princess Diana.

The pair travelled together on Harry's gap year and Mr Dyer inspired the prince's charity work in Lesotho, Africa.

Ms Markle's goddaughters, Remi Litt, six, and her elder sister, Rylan, seven, will also be joining the procession of bridesmaids.

And the three children of one of her best friends, Jessica Mulroney - Ivy, four, and seven-year-old twins Brian and John - will complete the picture.

She was photographed arriving at Heathrow Airport with her family on Tuesday night. 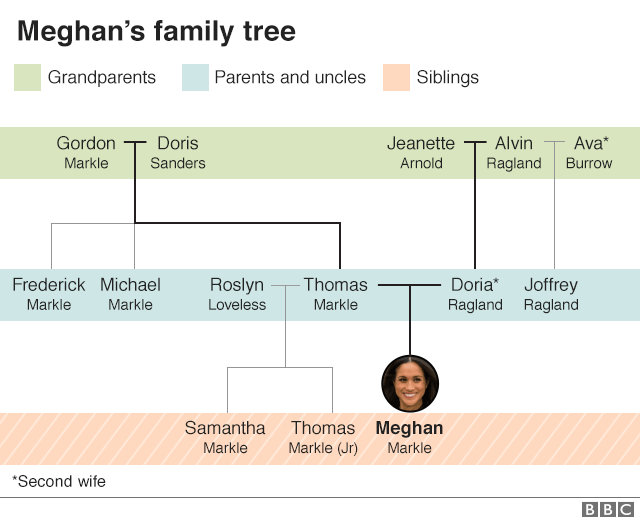 Prince George, the son of the Duke and Duchess of Cambridge, will have experience to lean on - he was pageboy at his aunt Pippa Middleton's wedding to James Matthews last May.

His sister, Charlotte, a bridesmaid at her aunt's wedding, recently showed she was undaunted by the limelight when she visited her little brother, Prince Louis, at hospital after his birth.

With the world's cameras trained on her, she seemed to enjoy the attention, waving sweetly and smiling at the bank of photographers.

Meanwhile, a petition organised by campaign group Republic has been handed to MPs.

Signed by 32,000 people, the petition calls on MPs to make the Royal Family pay for the security and policing surrounding Saturday's wedding and for the government to publish a report of all costs to taxpayers.

Republic chief executive Graham Smith said: "There is nothing inevitable about the public spending on a royal wedding. If the royals don't want to pay a big security bill they could have had a private wedding in Sandringham or Balmoral."