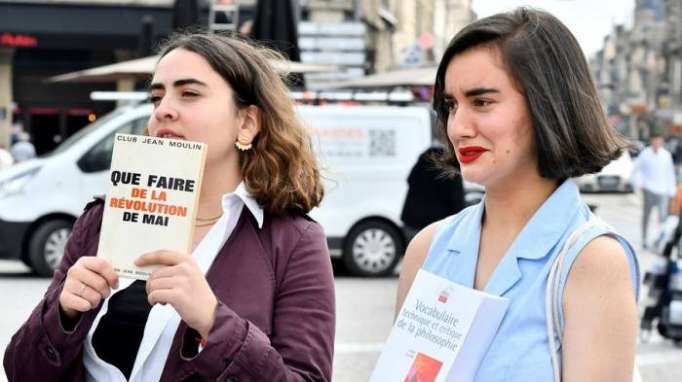 The government’s decision to back out of plans to set the minimum age of sexual consent at 15 has sparked a massive backlash in France, with critics saying the alternative wording is only adding more confusion, RT reported.

The proposed legislation was introduced, to much fanfare, by Equality Minister Marlene Schiappa in March in the aftermath of a case which saw a rape charge against a man dropped when a court ruled than an 11-year-old girl had consented to have sex with him.

The bill was eventually voted through parliament early Wednesday following a long debate, but instead of directly setting the minimum age of consent at 15, the legislation created a new offence of “sexual violation of a minor by penetration.”

The new crime is punishable by 10 years in prison, significantly shorter than the 15 to 20 year sentences that rape offences accrue. In France, rape is defined as "any acts of sexual penetration committed on someone with violence, coercion, threat or surprise."

The new offense states that “when the acts are committed on a minor of 15 or less,” surprise or coercion can be “characterised by the abuse of the victim’s vulnerability, who doesn’t have the necessary discernment to consent,” Le Point reports.

The government’s volte-face was caused by concerns that the original proposal would undermine the defendant's presumption of innocence and be unconstitutional. The wording was criticized by France’s Council of State, who feared that it would lead to censorship of the Constitutional Council.

The climbdown sparked outrage on social media and #LeViolEstUnCrime (Rape is a crime) quickly went viral on Twitter. UNICEF even weighed in, saying it regretted the decision.

Many pointed out that the new legislation creates even greater confusion and is far less clear than setting a minimum age of consent.

The ruling La République En Marche! Party sought to answer some of the criticisms. “Stop The misinformation,” it said on its official Twitter account. “What a bad message to send to both the victims and to the rapists, on a text that brings more protections for women and minors! Rape is and will remain a crime.”

Minister Schiappa dismissed the outcry at the late law change and insisted the new bill will offer greater protection to minors.