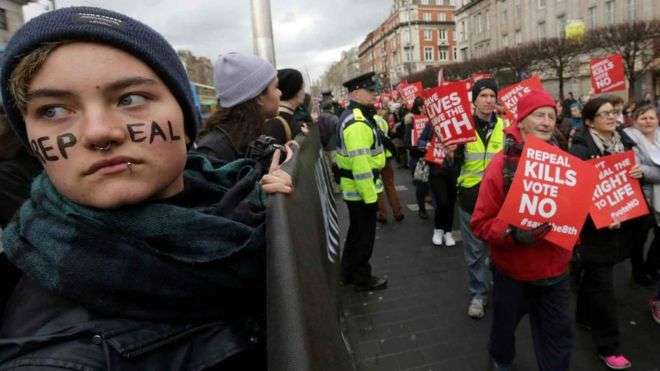 Exit polls published after Ireland's referendum on abortion suggest a large vote in favour of liberalising the law. Polls by The Irish Times and RTE suggest about 69% voted to repeal a part of the constitution that effectively bans terminations.

Taoiseach (prime minister) Leo Varadkar, who supported the reforms, said it looked as if the country was about to "make history".

Official counting of votes will begin at 09:00 local time.

Those taking part in Friday's referendum were asked whether they wanted to repeal or retain a part of the constitution known as the Eighth Amendment, which says an unborn child has the same right to life as a pregnant woman.

Broadcaster RTE's exit poll suggested 69.4% in favour of the Yes side and 30.6% for No. In Dublin, 79% of people voted for repeal, according to the RTE poll.