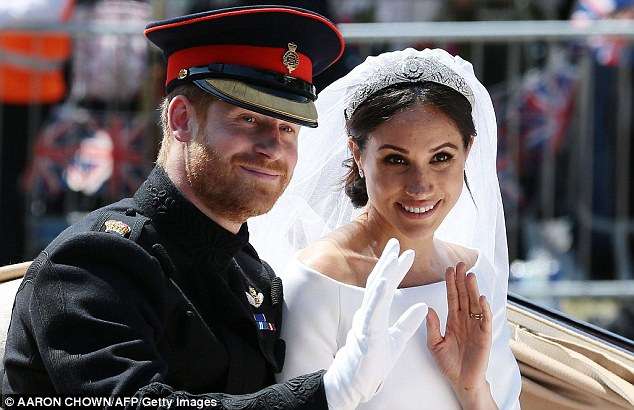 Prince Harry and Meghan Markle are being forced to return £7 million of unsolicited gifts they received in celebration of their Royal Wedding after being bombarded with presents from companies and celebrities in an attempt to gain free publicity.

The Duchess of Sussex, known for her prowess when it comes to style has already caused a shift in the fashion industry and has influenced many to buy certain products that she was worn, in what has been dubbed the Meghan Markle effect.

Due to this, many companies are hopeful that Meghan will wear what they have sent her during her honeymoon when she and her new husband will reportedly spend time at the Fairmont Jasper Lodge in Alberta, Canada.

Why aren’t Prince Harry and Meghan Markle allowed to accept gifts from the public?

Ahead of the Royal Wedding, Harry and Meghan issued guidelines that revealed that cameras and hand luggage would be banned and mobile phones would have to be surrendered before the reception to avoid any ‘image capture’.

In addition to this, the guidance read: ‘It should be noted that gifts cannot be brought to St George’s Chapel or the Reception that follows at Windsor Castle. Guests are advised to seek further guidance on delivery arrangements for any gifts to Kensington Palace.’

According to Express, Kensington Palace also released a statement that read: 'When gifts are accepted, the consent of the Member of the Royal Family should be contingent upon the enterprise undertaking not to exploit the gift for commercial purposes.

‘Gifts offered by private individuals living in the UK not personally known to the Member of the Royal Family should be refused where there are concerns about the propriety or motives of the donor or the gift itself.’

A panel decided whether or not the gifts should be returned or simply donated to charities. One company, Bags of Love, have reportedly sent Meghan swimwear in hopes that she will wear it on their honeymoon.

However, it was also revealed that Harry and Meghan set up a wedding registry for their closest families and friends with the members’ club Soho House, which reportedly contained a number of home items to help them furnish their 21-room Apartment 1.

How did Harry and Meghan ask wellwishers to honour their Royal Wedding?

Meghan and Harry instead asked their family and friends to donate to the seven charities that they had personally selected to honour their big day.

What will Prince Harry and Meghan Markle not be returning?

To mark their marriage, the Queen gave her grandson Prince Harry and his new wife Meghan Markle the titles of Duke and Duchess of Sussex as well as a stately home, which of course, they will not be returning.

New Zealand’s Jacinda Ardern said that the country will be making a donation of £2,500 to Pillars, a charity that supports the families of prisoners.

Australian Prime Minister Malcolm Turnbull said that a donation will be made to the Invictus Games charity, which will be hosted in Sydney this year.

In addition to this, two koalas have been named after Harry and Meghan at Taronga Zoo in New South Wales as well as donating £2,800. In India, a local Peta charity said that an adopted injured bull would be called Merry, a fusion of both of their names.

Lesotho’s Prince Seesio, a friend of Harry’s who became close to the Prince during his time working for the charity Sentebale gave the new couple Wonderbags, portable, non-electric slow cookers that help African families cook despite fuel shortages.

They were also inundated with gifts after the births of Prince George, Princess Charlotte and Prince Louis.