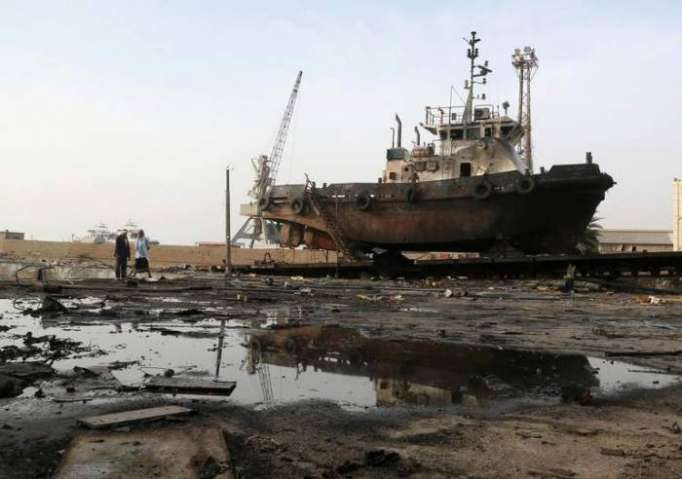 Saudi state media has announced that fighters from the Arab coalition battling Houthi rebels in war-torn Yemen have begun an anticipated assault on the port city of Hodeidah, an offensive which diplomatic and humanitarian sources warn could put millions of people in danger, the Independent reported.

Residents in the city of 600,000 people said that bombing of Iran-backed Houthi positions in the suburbs of Seham and Qazabah began around dawn on Wednesday, and Saudi and UAE ships are now positioned just south of the city.

Aid agencies are worried the imminent fighting could destroy Hodeidah’s port, a vital lifeline for Yemen through which more than 70 per cent of the country’s food supplies, goods and aids flow.

“There are 11 million children in need of humanitarian aid in this war-torn country. Choking off this lifeline will have devastating consequences for every one of them,” Unicef executive director Henrietta Fore said in a statement on Tuesday night.

“Without food imports, one of the world’s worst malnutrition crises will only worsen. Without fuel imports, critical for water pumping, people’s access to drinking water will shrink further.

“Unicef teams delivered antibiotics, syringes, IV fluid, ready-to-use therapeutic food and hygiene kits to our local partners in Hodeidah just two days ago. But this will only last so long. Should the security situation worsen, our capacity to respond will be severely hampered.”

Almost eight million Yemenis are already on the brink of famine and any hold up in supplies could send hundreds of thousands more sliding into hunger.

The battle itself is expected to be the biggest of Yemen’s three-year-war to date. Urban fighting could endanger the lives of up to 250,000 people, the UN warned last week.

The Houthis are expected to withdraw to the mountains surrounding the city, but have promised to give the coalition “hell on hell” beforehand.

Efforts from the UN’s special envoy to Yemen, Martin Griffiths, urging all parties to accept a deal in which control of Hoidedah’s port is given to the UN appeared to fail after a 48-hour deadline imposed by the UAE expired in the early hours of Wednesday.

The UN and other aid organisations pulled their international staff from Hodeidah over the weekend after warnings from UK government sources diplomatic efforts would not succeed.

In a statement on Wednesday, Yemen’s exiled government – which allows Saudi and UAE forces to fight in the country on its behalf – said “all peaceful and political means” to remove the Houthis had expired.

“Liberation of the port of Hodeidah is a milestone in our struggle to regain Yemen from the militias,” a spokesperson added.

Yemen’s complex war has killed at least 10,000 people and left two thirds of the 28 million strong population dependent on aid.

Seized by the Houthis in 2015, humanitarian organisations say the Saudi-led coalition blockade on Hodeidah is largely responsible for the intertwined malnutrition, healthcare and cholera crises.

Previous diplomatic efforts from Western partners – many of which sell arms to Saudi Arabia and the UAE that rights groups say are destined for use in Yemen – have succeeded in delaying the offensive.

In recent months, however, there has been less and less appetite from the US to stand in the way of Saudi and UAE military policy in the devastating conflict.