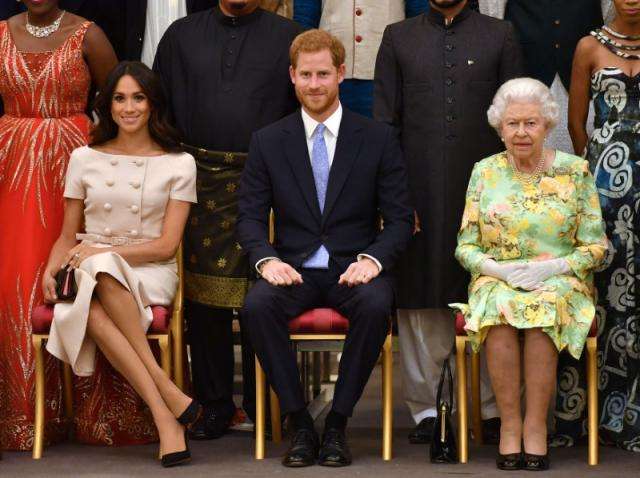 Britain’s Prince Harry and his wife Meghan Markle were among those who greeted the winners of a special youth leadership award from Queen Elizabeth on Tuesday.

Prince Harry addressed the “future leaders” from Commonwealth countries at a Buckingham Palace reception where they were presented with a medal for outstanding contributions to their community.

“You are the future leaders who will need to pick up the baton on issues such as climate change, food security, equality and access to education, and improving the lives of the most vulnerable people in our communities,” Prince Harry told the winners of the “Young Leaders” award.

Meghan, wearing a white Prada suit with black shoes, and Prince Harry, in a dark suit, chatted and joked with the award winners. The ceremony was also attended by soccer star David Beckham and former prime minister John Major.