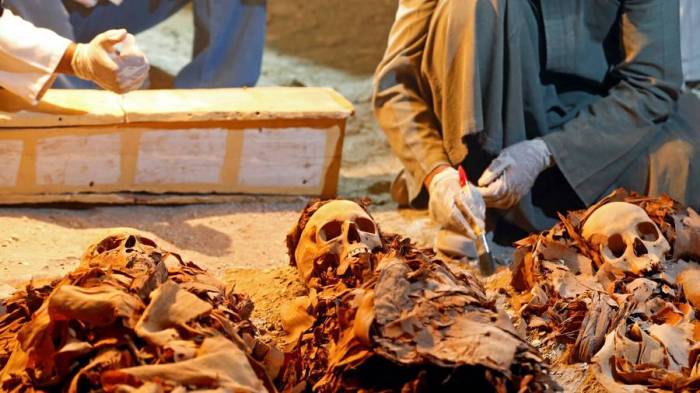 A bizarre mummy from ancient Egypt combining the heads of a girl and a crocodile was photographed for the first time. Before its picture was published in the media, the mummy was hidden from the public eye for more than a century.

The first ever photo of the unusual mummy was unveiled by the Turkish daily Hurriyet. Experts told the paper that the mummy was composed of the head of an unidentified ancient Egyptian princess and the head and body of a Nile crocodile.

According to the legend, after the princess was killed by a crocodile, the local ruler decided to combine them in hopes she would be resurrected in the afterlife as a crocodile.

Unlike other Egyptian mummies kept at the Istanbul Archeology Museum, the ‘two-headed’ mummy was locked away from public at Istanbul’s Topkapi Palace, after Ottoman Sultan Abdulhamid II ‘exiled’ it in the 19th century. It was previously stored in Yildiz Palace, which was the sultan’s residence at the time.