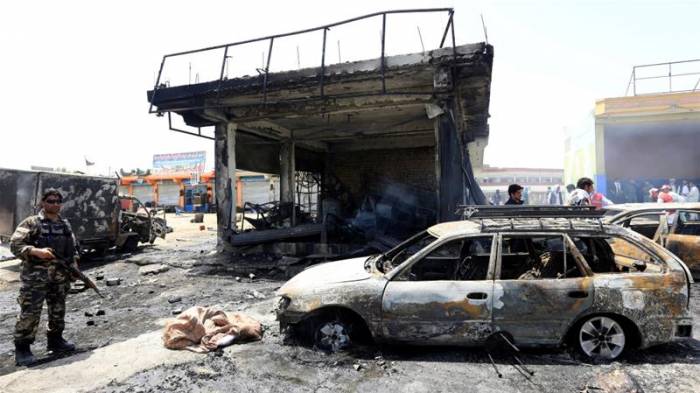 At least 10 people have been reported killed and four others injured when a suicide bomber detonated his explosives at a checkpoint in the eastern Afghan city of Jalalabad.

A spokesman of Nangarhar provincial governor told Al Jazeera that among the casualties in the attack on Tuesday were two security personnel.

Kabul-based news website, Tolo News, reported that the eight other fatalities were civilians.

According to Tolo, several shops and vehicles close to the explosion were also destroyed in the fire that followed the blast.

No group has immediately claimed responsibility for the violence.