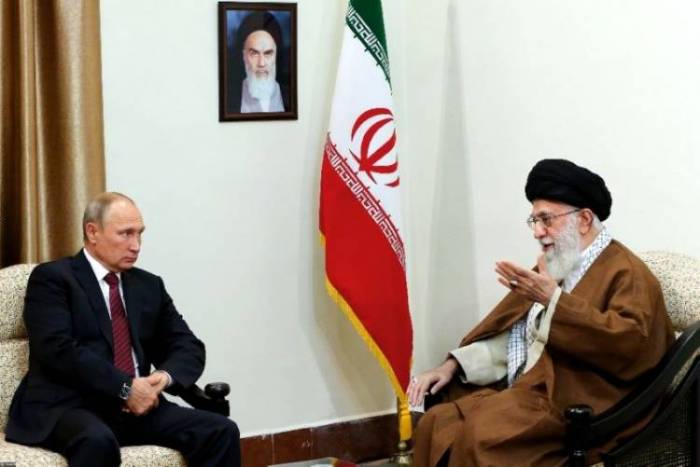 A top adviser to Iran’s Supreme Leader Ayatollah Ali Khamenei hailed his country’s “strategic relationship” with Russia on Wednesday during a visit to Moscow, part of a diplomatic offensive by Tehran as it braces for renewed U.S. sanctions, AZVision.az reports quoting Reuters.

Ali Akbar Velayati, who is due to meet President Vladimir Putin, also took a swipe at U.S. President Donald Trump, saying his “unreliable” actions made Tehran’s close ties with Moscow all the more necessary.

The United States pulled out of a multinational deal in May to lift sanctions against Iran in return for curbs to its nuclear program. Washington says it will reimpose sanctions and has told other countries to halt all imports of Iranian oil from Nov. 4 or face U.S. financial measures.

“The relationship between Iran and the Russian Federation is a strategic relationship and in recent years the collective bilateral and regional relations have expanded,” Iran’s ISNA news agency quoted Velayati as saying on arrival in Moscow.

He said he would deliver messages to Putin from Iran’s Supreme Leader and President Hassan Rouhani and that they would discuss the “very sensitive” global situation.