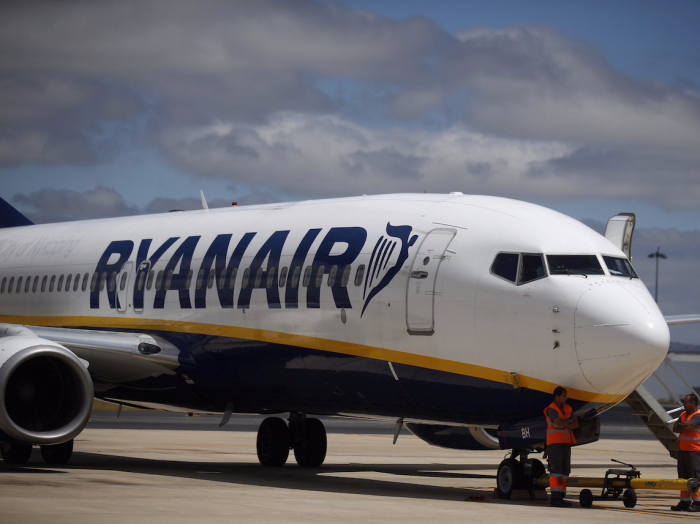 Thirty-three Ryanair passengers were treated in hospital, some bleeding from their ears, after their Croatia-bound plane lost cabin pressure and made an emergency landing in Frankfurt on Friday, German police said on Saturday.

Oxygen masks were released on the Ryanair flight FR7312 from Dublin to Zadar in Croatia when it lost cabin pressure and diverted to Frankfurt Hahn airport, Ryanair said in a statement.

“In line with standard procedure, the crew deployed oxygen masks and initiated a controlled descent,” the airline statement said.

A log on flightradar24.com showed the flight descending from 37,000 to 10,000 feet over a seven-minute period 80 minutes into the flight.

Ryanair said the plane “landed normally and customers disembarked, where a small number received medical attention as a precaution.”

A spokesman for German police said 33 of 189 passengers were hospitalized, some bleeding from their ears. The spokesman said some were still receiving treatment on Saturday.

German air accident investigator BFU, responsible for investigating the incident, said its team was heading to Hahn airport to secure the cockpit voice recorder and flight data recorder and to interview crew and passengers.

The BFU spokesman declined to speculate on the possible cause of the incident.

Ryanair said a flight had left Frankfurt to Zadar on Saturday morning. Police said some passengers had decided not to continue with their journey.

Ryanair said it had agreed to pay for hotels for the affected passengers but said there was a “shortage of available accommodation.”

Ryanair, which flies in 37 countries and carried 130 million passengers last year, is Europe’s largest airline by passenger numbers, according to the International Air Transport Association.

An emergency descent by an Air China aircraft on Tuesday after cabin oxygen levels dropped has been linked to a co-pilot smoking an e-cigarette during the flight, state media said on Friday.