Princess Eugenie and Jack Brooksbank invite 1,200 members of the public to their wedding 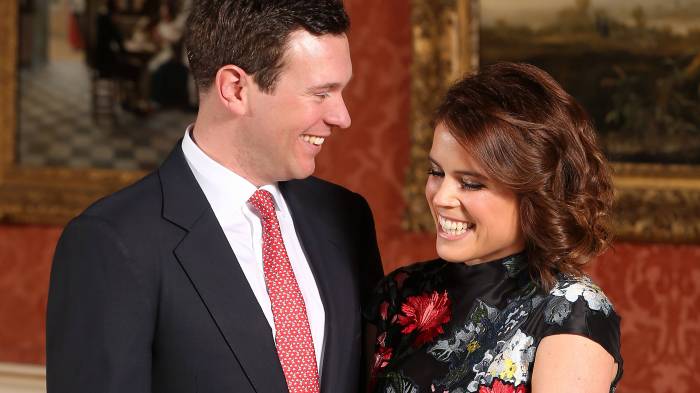 Princess Eugenie is getting ready for her upcoming fairy tale wedding — and the public is invited.

The 28-year-old British royal and her fiancé, Jack Brooksbank, are inviting members of the public into the grounds of Windsor Castle for their special day.

“Princess Eugenie and Jack Brooksbank would like to invite members of the public to join their wedding on 12 October, 2018, to attend inside the Precincts of Windsor Castle,” Buckingham Palace announced Wednesday.

“1,200 members of the public will be able to view the arrival of the congregation and Members of the Royal Family, listen to a live broadcast of the Marriage Service and watch the start of the procession as the couple departs at the end of the Wedding ceremony,” the palace added.

The decision mimics Duchess of Sussex Meghan Markle and her husband Prince Harry’s decision to invite the public to join in the celebration of their own marriage at the same venue in May. And just like the couple, Eugenie and Brooksbank will embark on a carriage ride for the festivities.

“The couple are delighted to announce an opportunity for 1,200 people from across the United Kingdom to be invited into the grounds of Windsor Castle to share the experience of their special day,” said the palace.

“The attendees will view the arrival of the congregation and Members of the Royal Family, listen to a live broadcast of the Marriage Service and watch as the Bride and Groom depart St. George’s Chapel at the end of the ceremony.

"The newly married couple will then undertake a short carriage procession through part of Windsor High Street. The carriage will process through the grounds of Windsor Castle, departing via Castle Hill to proceed along part of the High Street before returning to the Castle via Cambridge Gate.”

Members of the public can apply online for a chance to be on the grounds during the ceremony.

“Also present in the Castle Grounds will be representatives of charities supported by Princess Eugenie and Jack Brooksbank, together with members of the Windsor community and children from the local schools which Her Royal Highness attended,” said the palace. “Residents of Windsor Castle and a number of Royal Household staff will also be present.”

Back in January, Eugenie revealed her engagement, which was two months after her cousin Harry, 33, and the former “Suits” actress, 36, announced they were engaged.

Eugenie is the granddaughter of Queen Elizabeth II and is ninth in line to the throne. Brooksbank proposed with a padparadscha sapphire surrounded by diamonds.

Brooksbank has been working as a brand ambassador for Casamigos tequila’s expansion into Britain and Europe. Eugenie is a director at the Hauser and Wirth art galleries. The couple have been dating for a number of years before they became engaged in Nicaragua.