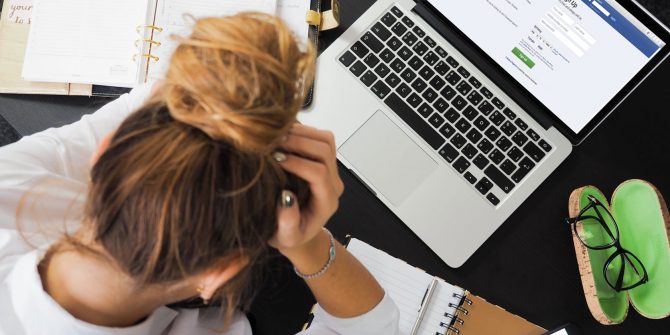 Fears than being hooked on social media are creating a generation of depressed and anxious teenagers have been overstated, according to a study which found it has a "trivial" effect on life satisfaction.

They argue that society should "retire the screen time notion", and instead focus on whether particular aspects of online behaviour, or content, are harmful.

"With most of the current debate based on lacklustre evidence, this study represents an important step towards mapping the effects of technology on wellbeing," said Professor Andrew Przybylski, one of the lead authors of the study published in the journal Proceedings of the National Academy of Sciences.

The findings are among the first to try and unpick the complex link between wellbeing and social media use.

"Applying transparent and innovative statistical approaches we show that social media effects are not a one-way street, they are nuanced, reciprocal, possibly contingent on gender, and arguably trivial in size," the authors write.

It suggests that previous studies have failed to account for the fact that teens who were more depressed to begin with may spend more of their time on social media.

Because of this, Prof Preyzbylski says, study's which just look at screen time use and mental health symptoms produce "statistically noisy nonsense".

He added: "On an individual basis, time shouldn't be the thing that parents are worrying about. Thinking about social media like it's a black box that has kind of a ticking clock on top of it - that way of thinking about screen time is almost certainly wrong."

The new study analysed data on 12,000 British teenagers, taken from an eight-year survey of UK households.

However, these effects were more pronounced in females than males, suggesting that social media use could potentially be more harmful among young women.

"What this shows us is we need to stop looking at social media as a whole and we need to start thinking about the nuances," co-lead author Amy Orben, from the University of Oxford, said.

In the wake of the death of 14-year-old Molly Russell, fears have been raised about content promoting eating disorders or self harm.

Identifying how social media underpins this, or other harmful features would allow policy makers to act, but currently tech companies refuse to share anonymised data on their users for research.

"With the unknowns of social media effects still substantially outnumbering the knowns, it is critical that independent scientists, policymakers, and industry researchers cooperate more closely," the authors wrote.

The Royal College of Paediatrics and Child Health, has previously said that time spent in front of screens can be harmful by interfering with sleep, exercise or real world relationships.

"This paper suggests that social media has limited effect on teenage life satisfaction," said Dr Max Davie, a spokesperson for the RCPCH.

"We recommend that families follow our guidance published earlier this year and continue to avoid screen use for one hour before bed since there are other reasons beside mental health for children to need a good night's sleep."