NASA estimates it will need $20 billion to $30 billion for moon landing, administrator says 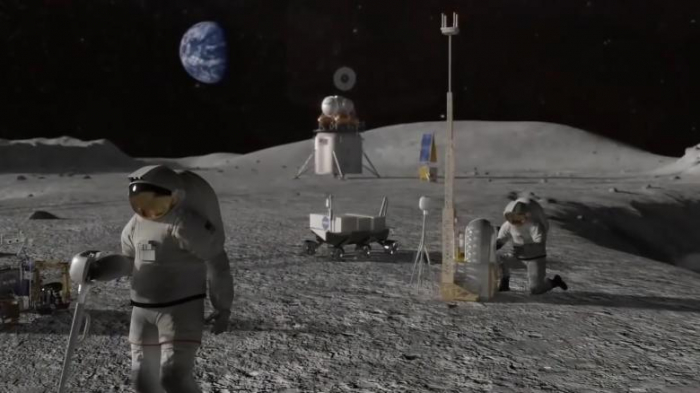 NASA has touted its bold plan to return American astronauts to the moon by 2024 for months. Now we're starting to get an idea of how much it will cost.

The space agency will need an estimated $20 billion to $30 billion over the next five years for its moon project, NASA Administrator Jim Bridenstine told CNN Business on Thursday. That would mean adding another $4 billion to $6 billion per year, on average, to the agency's budget, which is already expected to be about $20 billion annually.

Bridenstine's remarks are the first time that NASA has shared a total cost estimate for its moon program, which is called Artemis (after the Greek goddess of the moon) and could send people to the lunar surface for the first time in half a century. NASA wants that mission to include two astronauts: A man and the first-ever woman to walk on the moon.

The overall goal of the Artemis program is to establish a "sustainable" presence on the moon, paving the way for astronauts to return to the surface again and again. Learning to live and work on another world, Bridenstine said, will prepare them for NASA's long-term mission: to put people on Mars for the first time in human history.

The $20 to $30 billion cost estimate is less expensive than some had predicted — though they're not necessarily the final figures. Bridenstine acknowledged that spaceflight can be dangerous and unpredictable, so it's practically impossible to settle on an accurate price tag.

"Once we come to a determination within the administration," Bridenstine said, "we will of course take that over to the Hill and make sure that our members of Congress are interested and willing to support that effort."

Pence announced in March that the Trump administration wanted to speed up NASA's moon ambitions, and launch the first crewed mission in 2024 instead of 2028, the agency's earlier timeline. That's just five years away. And all the hardware that NASA needs is either delayed, way over budget or doesn't yet exist.