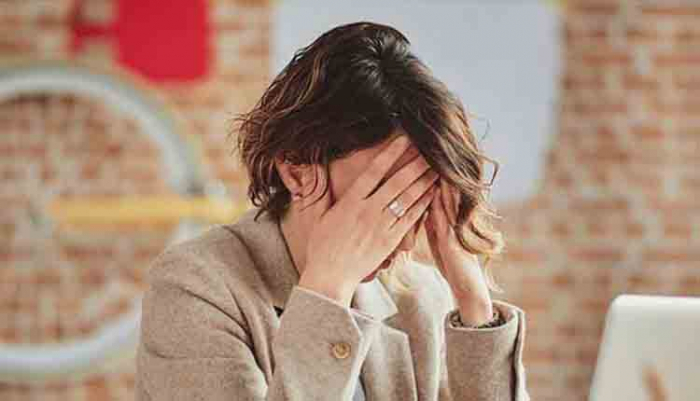 Women who exhibit many classic symptoms of post-traumatic stress disorder (PTSD) may be much more likely to develop ovarian cancer than their counterparts who don’t, a new study suggests.

For the study, researchers asked women to identify the most stressful event of their lives and report whether they experienced seven different symptoms of PTSD. Women who suffered from six or seven PTSD symptoms were more than twice as likely to develop ovarian cancer as women who didn’t report any of these symptoms, the study found.

“We hypothesize that stress hormones directly affect cancer cells that may be in the body, causing them to grow faster and become more invasive,” said Andrea Roberts, lead author of the study and a research scientist at the Harvard T.H. Chan School of Public Health in Boston.

“It is also possible that chronic stress interferes with the body’s ability to kill cancer cells,” Roberts said by email.

Ovarian cancer is the deadliest gynecologic cancer and the fifth most common cause of cancer-related death among U.S. women, Roberts and colleagues note in Cancer Research.

Animal studies have shown that stress and stress hormones can accelerate ovarian tumor growth, and that chronic stress can result in larger and more invasive tumors, researchers note. Previous research also suggests that mood disorders like depression and anxiety are associated with an increased risk of certain cancers.

In the current study, researchers examined data on 54,710 women who participated in a health study of U.S. nurses from 1989 to 2015. Every two years, women were asked about any ovarian cancer diagnosis; in 2008 participants were also asked about any traumatic events they had experienced and any related PTSD symptoms.

After up to 26 years of follow-up, 110 women had developed ovarian cancer.

Almost 8% of the women did have a traumatic experience and four to five PTSD symptoms, and another 4.5% had a history of trauma and six or seven PTSD symptoms.

While women with four to five PTSD symptoms appeared to have a higher risk of ovarian cancer than women with none, the difference was too small to rule out the possibility that it was due to change.

The study wasn’t a controlled experiment designed to prove whether or how traumatic events or PTSD symptoms might directly cause ovarian cancer.

Still, the findings indicate that having higher levels of PTSD symptoms, such as being easily startled by ordinary noises or avoiding reminders of the traumatic experience, can be associated with increased risks of ovarian cancer even decades after women experience a traumatic event, researchers conclude.

“There was a suggestion in our data that women who no longer had PTSD were at lower risk than women with active PTSD symptoms,” Roberts said. “We can’t be sure from our study, but it may be that successful treatment for PTSD would reduce risk.”

Only about half of people with PTSD in the U.S. get treatment, Roberts noted.

Beyond treating PTSD, women can also reduce their risk of ovarian cancer by quitting smoking, exercising regularly, and losing some weight if they are overweight or obese, Roberts said.

“Generally, though, the strongest risk factors for ovarian cancer (like having family members with ovarian or breast cancer, or having no children) are not things women are likely to be able to change,” Roberts added.