How does air pollution affect humans? 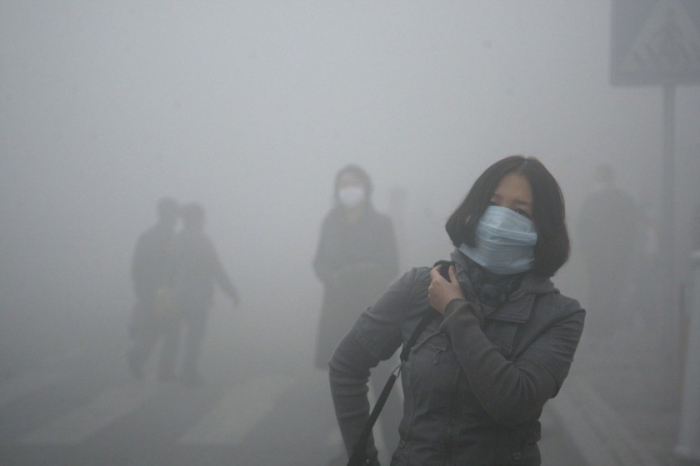 Pollution has negative effects on the ecosystem we count on. There are many kinds of pollution, but the one that has the most impact on us is Air pollution.

Air pollution is an invisible but deadly problem. A variety of air pollutants have known or suspected detrimental effects on human health, animals and the environment.

Air pollution is now considered the world’s largest environmental health threat, 9 out of ten people now breathe polluted air, which kills 7 million people every year. Demographic increase in cities, as well as the energy consumption in urban areas through transport or heating and air conditioning systems, among others, result in the emission of huge quantities of gases that are harmful to our health and environment.

The sources of pollution vary from small unit of cigarettes and natural sources such as volcanic activities to large volume of emission from motor engines of automobiles and industrial activities. According to the World Health Organization, six major air pollutants include particle pollution, ground-level ozone, carbon monoxide, sulfur oxides, nitrogen oxides, and lead.

There are two main types of air pollution –  ambient air pollution (outdoor pollution) and household (or indoor) air pollution refers to pollution generated by household combustion of fuels (caused by burning fuel such as coal, wood or kerosene) using open fires or basic stoves in poorly ventilated spaces. Both indoor and outdoor air pollution can contribute to each other, as air moves from inside buildings to the outside, and vice versa.

About 4.3 million people die a year from household air pollution and 3.7 million from ambient air pollution. Most of the death occur in middle and low-income countries in South East Asia, Western Pacific regions and Africa. Women and children, who tend to spend more time indoors, are affected the most.

Effects of pollution on human health can be short or long term, the severity dependent upon the concentration and period of exposure. Short-term exposure to air pollution can cause respiratory and cardiovascular diseases, neuropsychiatric complications, eyes irritation, and skin diseases. These conditions can be serious in children and the elderly. Long-term effects of air pollution include cancer and cardiac disease.

In addition, air pollution is considered as the major environmental risk factor in the progression of some diseases such as asthma, lung cancer, ventricular hypertrophy, Alzheimer's and Parkinson's diseases, psychological complications, autism, retinopathy, fetal growth, and low birth weight.

Currently, 91% of the world’s population lives in places where the air quality does not meet the standards for safety set by the World Health Organization. In some parts of the world, like China and India, smog can get so thick that people can't see the sun and have to wear masks.

How to combat air pollution?

To reduce the negative effects of air pollution on human health, the World Health Organization and the Climate and Clean Air Coalition – made up of the UN Environment Programme (UNEP) and 54 nations, among other agencies – launched the Breathe Life initiative. This program aims to mobilize cities and individuals to protect our health and our planet from the effects of air pollution and has fixed the objective of cutting by half the number of deaths linked to air pollution before 2030.