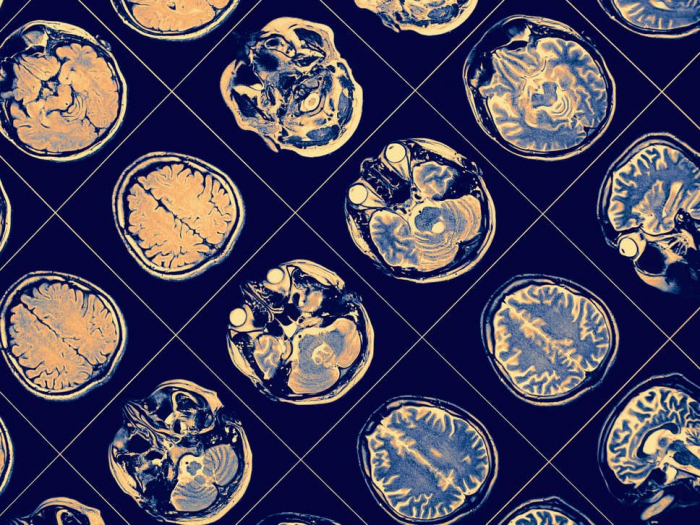 Late one morning in June, LJ’s husband got a distressed call from one of his wife’s colleagues. “You’d better come here right away,” the colleague said. “Your wife is acting weird.” J, who had just returned from a doctor visit during which she underwent a minor painful procedure, kept asking her colleague for a password despite being told each time that there was none.

J, a 61-year-old arts administrator in New York who does not want her full name used, seemed physically OK, her colleague recalled. She knew who she was, she walked and talked properly, but what she said made no sense. Besides, J could remember nothing that happened after she left the doctor’s office and made her way to work. When J continued to behave oddly, the alarmed colleague called 911, and paramedics took her to Mount Sinai St Luke’s Hospital.

The next thing J remembers is waking up hours later in a hospital bed and asking: “Where am I? Why am I here?” In the interim, Dr Carolyn Brockington, a vascular surgeon and director of the hospital’s stroke unit, had examined her and ordered a CT scan and MRI of her brain. All the results were normal. There was no physical weakness, no structural abnormality, no evidence of a stroke, seizure or transient ischemic attack. So, what had happened?

A diagnosis of exclusion: transient global amnesia, often called TGA. It is a temporary lapse in memory that can never be retrieved. “It’s as if the brain is on overload and takes a break to recharge,” Brockington says. She likens it to rebooting a computer to eradicate an unexplainable glitch. Those with TGA do not experience any alteration in consciousness or abnormal movements. Only the ability to lay down memories is affected. All other parts of the brain appear to be working normally.

Though TGA is relatively rare – it affects about five people in 100,000 in the general population – given her speciality, Brockington says she sees one or two patients a week with TGA. Nearly all are over 50, and among older adults the incidence is more like 23 cases per 100,000 persons per year, with men and women affected equally.

As one patient, Frank McAndrew, a professor of psychology at Knox College in Galesburg, Illinois, reported in Environmental Psychology, his wife became alarmed when he appeared disoriented and confused, and kept asking the same questions over and over again.

McAndrew wrote, based on his wife’s recall: “Each time I asked a question, I used exactly the same words, voice inflection and hand gestures. I knew who I was, I knew who my wife was, and I knew who my dog was. The problem was that I could not put anything new into my memory or keep track of anything that had transpired more than a minute or two ago. It was as if my memory erased everything and reset every 90 seconds.” At the emergency room, all tests came back negative, and 24 hours later, he was back to normal.

“When TGA happens to people, it’s more terrifying to the people around them,” Brockington says. “Later, after the event is over, and they can’t retrieve the lost memories, it’s more terrifying to the patients. They need to know they have to let it go – their brain wasn’t recording at the time.” No matter how hard they may try, there’s nothing in their memory bank to be recalled.

TGA is a benign condition that leaves no lasting effects except perhaps frustration over the missing memories. An episode typically lasts for one to eight hours, most often resolves within a day, and happens again in only 4 or 5 per cent of patients. Although TGA was well described medically more than 40 years ago, its cause or causes have yet to be established. One leading suspect is venous congestion, a slowdown of blood flow leaving the brain. There is also some evidence for a loss of neurons or a disruption in blood flow in a region of the brain’s hippocampus.

For men, TGA is more likely to occur after a physical trigger; for women, it is more often associated with an emotional precipitant or a history of anxiety. Both men and women with a history of migraine are believed to be more susceptible than others to a TGA episode. Those who experience TGA are no more likely to suffer a stroke or heart attack than people who have never had the condition. There is also no treatment. People simply have to wait out the episode and give any residual fogginess time to clear before returning to their usual activities.

I now wonder if what I thought was a mild concussion was really TGA when on a beautiful September morning in 2017 I seem to have fallen off my bike for no apparent reason after swimming laps. I was not dizzy, there was no obstacle I might have hit, and I have no memory of almost falling. I do recall feeling great as I started a slow uphill ride on my block, something I do daily, and then remember nothing else until about 30 minutes later, when I left my house to retrieve my bicycle while holding a wet paper towel under my bleeding chin. I had not hit my head and had no headache or bruises, but probably cut my chin on the bike basket.

During the intervening minutes, although I remember none of this, I had apparently walked the bike to my house, brought in my backpack and helmet and put a package of spinach into the refrigerator. Afterward, my son insisted that I get the cut stitched and walked me to the emergency room, where the intake doctor ruled out any medical explanation for my fall and told me to take it easy for the rest of the day.

Lacking any residual symptoms, I was – and still am – most disturbed by the fact that I have no idea why or how I fell and thus no way to avoid it in the future. But if TGA was the cause, it most likely will never happen again.