Chronic stress is making us sick and overweight 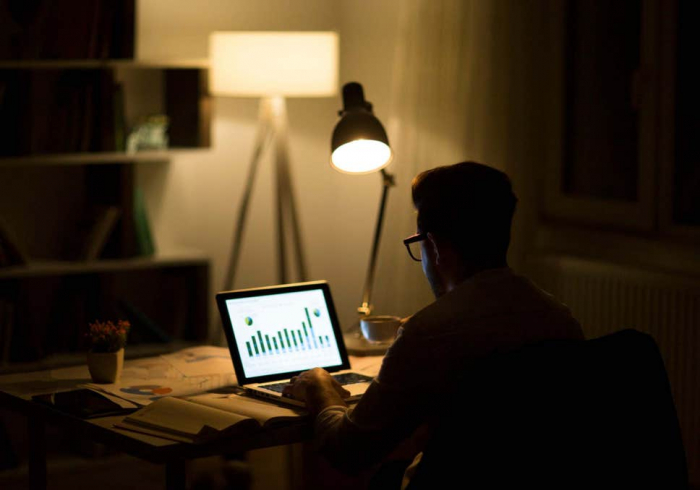 Not long ago Dr Rangan Chatterjee had a patient with type 2 diabetes struggling to lower his blood sugar levels, despite following an intense diet and exercise programme.

Chatterjee counselled him to focus on the root cause of his problem: chronic stress. The patient, a 53-year-old businessman, had been putting in long hours at the office, working late into the night and skimping on sleep. Chatterjee told him that constant stress can wreak havoc on blood sugar levels, and then urged him to practice yoga and meditation and to shut off his computer 90 minutes before bed each night. Six months later, the patient’s blood sugar levels had drastically improved and were close to normal.

Chatterjee, an author, television host and influential UK doctor, believes the role of stress in chronic disease is far too often overlooked. He estimates that 80 per cent of the problems he sees – conditions like high blood pressure, insomnia, depression, metabolic disease and weight gain – are in some way related to stress.

“A lot of people are oblivious to the effects of stress,” Chatterjee says. Stress is of course an inevitable part of life, and in small doses it can be beneficial. But in recent years a growing body of research has shown that persistently high levels of social and emotional stress – the kind brought on by a high-pressure job, a divorce, financial worries or strained relationships, for example – can dampen the immune system and promote inflammation, heart disease and premature ageing.

In his latest book, The Stress Solution, Chatterjee explores the many ways that persistent stress can lead to disease, along with strategies to protect against its toxic effects. Some of his techniques are easy to adopt, like simple breathing exercises and calming morning routines. Others require significant lifestyle changes, like optimising sleep and diet, cutting back on smartphone and social media use, and fostering friendships and purpose to build resiliency. “One of the reasons I wrote this book was to give stress the airtime that it deserves,” Chatterjee says. “The public needs to be more aware of how prevalent and damaging it is, and doctors need to be aware of some simple things to help people.”

Chatterjee has long championed the benefits of lifestyle changes to help counter chronic disease. His popular BBC television programme, Doctor in the House, featured him visiting overweight and chronically ill people in their homes and transforming their diets, exercise and relationships.

He created an accredited lifestyle medicine course for doctors in Britain and started a health podcast called Feel Better, Live More that topped the iTunes charts. His book The 4 Pillar Plan guides people to improve their health through better sleep, movement, relaxation and food. One thing he noticed early on was that asking his patients to cut back on bad habits like eating junk food or drinking to excess was often bound to fail unless he addressed the underlying reasons for those behaviours.

“They’d be motivated for one or two weeks, but it turned out that their sugar or alcohol consumption was their way of coping with all the stress in their lives,” Chatterjee says. “Unless we tackled the stress, they were always going to revert back to what they were doing.”

Another thing that struck him was how technology is creating a potent new source of stress. Many people wake up and immediately look at their smartphones and check their email or social media. Then they remain glued to their phones throughout the day, staring at them while they eat, sit at their desks, socialise and lie in bed at night.

Chatterjee saw a growing number of patients complaining of anxiety and mental health issues, and a high proportion of them were spending vast amounts of time on smartphones. In his book, Chatterjee explains that studies have linked constant exposure to social media to depression, especially in adolescents and young adults.

“Now more than ever before, we’re starting to recognise that we’re leading these lives where we can never switch off,” Chatterjee says. “There’s always something to do. I’m not pro- or anti-technology, but I think for many of us we’re using it in ways that are harming us.”

And there are things most of us can do to ease daily stress levels. Studies show that controlled breathing exercises reduce stress, increase alertness and strengthen the immune system. One exercise Chatterjee recommends is the “3-4-5 breath,” in which you breathe in for three seconds, hold it for four seconds, then exhale slowly to the count of five. “Any time your out-breath is longer than your in-breath, you help to switch off your body’s stress response and promote relaxation,” he says.

If you stare at a screen all day, take a tech-free lunch break. Put your phone down for 15 minutes and go for a walk. Research shows that just being outside in a park can ease anxiety. On days when you can’t get out, try looking at soothing photographs: one study found looking at photos of nature helped people lower their heart rates.

A calming morning routine can set the day’s tone. Instead of rolling out of bed and looking at your phone, try the three M’s: mindfulness, movement and mindset. Take at least 15 minutes to do something that puts you in a good mood, like drinking a cup of tea or reading a few pages of a good book.

Lastly, do at least one activity a day that gives you pleasure. “It could be coming home and going for a walk, playing with your kids, or watching five minutes of your favourite comedian on YouTube after work,” Chatterjee says. “Some people have jobs that are busy and stressful. I can’t reduce the stress in your work. But I can make you more resilient, and having a bit of pleasure in your life makes you more resilient.”