The Secret to Breaking Bad Habits 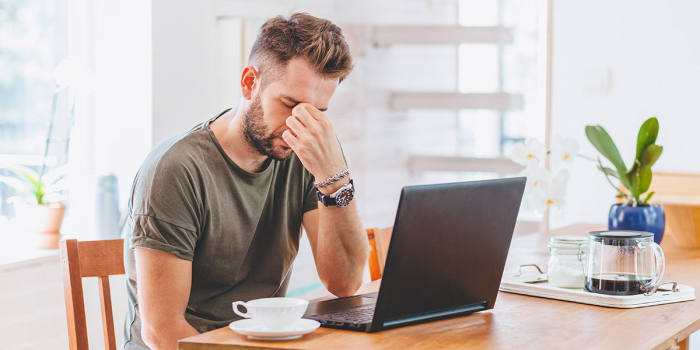 In her new book, “Good Habits, Bad Habits: The Science of Making Positive Changes That Stick” (Farrar, Straus and Giroux), Wendy Wood, a professor of psychology and business at USC, opens with an anecdote that likely will feel familiar to anyone who has ever made a new year’s resolution.

It is the story of her cousin, who made a heartfelt proclamation on Facebook that she was going to change her life and lose weight. Friends cheered her on. And in the first two weeks, she did lose two pounds. But that was all.

Wood shares this not to throw her cousin under the bus — her telling is empathetic and nuanced — rather, to illustrate the point that “it’s pretty hard” to change ourselves but not impossible.

That possibility is no doubt what drew many of the 100 or so women who attended a Nov. 21 lunch-and-learn session with Wood sponsored by University Women of American Jewish University at AJU’s campus.

“I think in the Jewish tradition we have several ideas that engage with continuous self-improvement: the branch of Mussar which concerns itself with tikkun middot and continuous development and refinement of one’s character for instance,” said Beryl Bessemer, special projects manager at AJU and one of the event organizers.

“Habits by their nature are part of our non-conscious,” Wood told attendees. “So we don’t always know it when we are acting out of habit,” she said, adding, “Habits come to mind very quickly. You tend to respond based on habit first and your thought processing comes next.”

One strategy Wood recommends to try to get away from unwanted habits is creating friction. “Friction can be very simple,” she said. In one study she shared, participants were served two snacks: buttery popcorn and apple slices. The only difference was the distance of the respective snacks from participants. Some were served the popcorn immediately in front of them and had to reach for the apples. The others had the opposite setup.

“People ate three times more calories when popcorn was right in front of them than when it was something they had to reach for,” she said. “It doesn’t make sense consciously. But that’s not how habits work. Habits work on what is in close proximity to us so we can easily repeat it and form it into a habit. You can make the connection to your own kitchens and dining rooms.”

Friction, or lack of it, impacts our exercise habits, too, she said. Citing a 2017 study, Wood said researchers found that people who belonged to a gym 3.6 miles from their home exercised an average of five times a month while those who lived 5.1 miles away exercised an average of once a month. So proximity matters, whether it’s a gym or snack foods.

The way our brains work is that when we get a good outcome, there is a release of dopamine, Wood said. “But dopamine works for less than a minute so a reward you give yourself in a week or a month doesn’t help a whole lot in creating a habit right now,” she said. “The behavior you’re engaging in has to be enjoyable now in order to form a habit.”

Finally, she said, remember that it takes time to create new habits. Wood said research done by one of her post-doctoral students revealed that adding even a simple healthy behavior to your routine can take two or three months of repetition to become semiautomatic and longer for more complicated habits.

“The wonderful thing about this,” she said, “is because habits are such a slow learning mechanism, you can quit for a day or two and habit learning will be just about where you left off.”


Read the original article on jewishjournal.com.