US arrests Armenian, who committed hate crime against Turkish restaurant 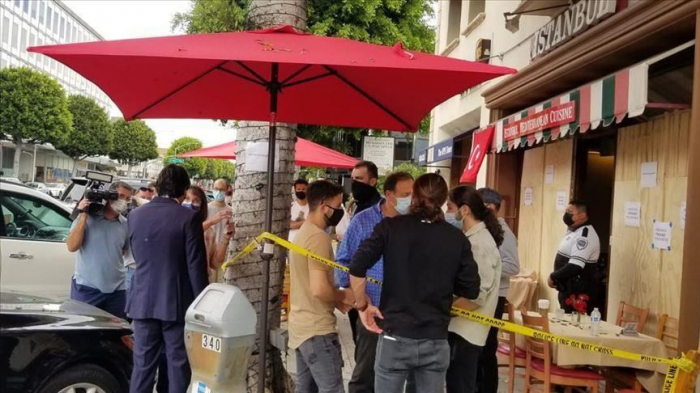 Police arrested a man Thursday in connection with a hate crime against a Turkish restaurant in the US state of California, AzVision.az reports citing the Anadolu Agency.

"A joint investigation with the Federal Bureau of Investigation and the Los Angeles County Probation Department resulted in the arrest of one of the primary suspects responsible for a hate crime,'' Beverly Hills police said in a statement.

On the evening of Nov. 4, a group of six to eight males entered the Cafe Istanbul restaurant located in Beverly Hills in the Los Angeles metro area, made pro-Armenia comments, destroyed property and physically attacked its employees.

The 22-year-old is currently being held without bail at the police department and will appear on Nov. 16 at the Airport Courthouse.

"There is no place in our city for this behavior and we ask members of the public to please come forward with any information on the suspects in this case," said Friedman.

The Los Angeles branch of the Council on American-Islamic Relations (CAIR-LA) also condemned the attack and expressed its sympathies to the owners and patrons of the restaurant.