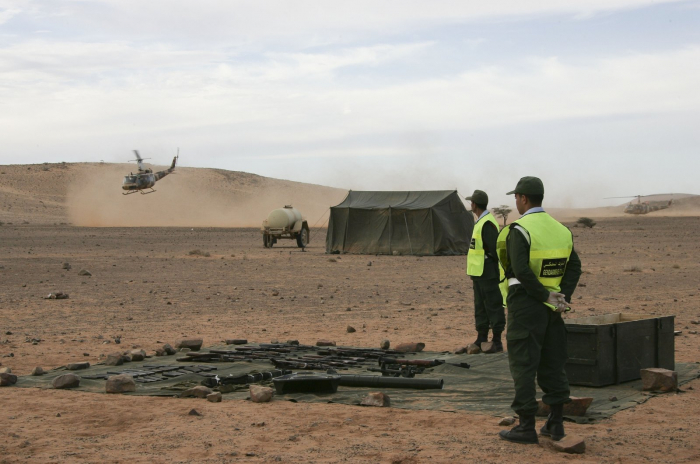 Morocco announced Friday that its troops had launched an operation in no man's land on the southern border of Western Sahara to end "provocations" by the pro-independence Polisario Front.

Rabat said its troops would "put a stop to the blockade" of trucks travelling between Moroccan-controlled areas of the disputed territory and neighbouring Mauritania, and "restore free circulation of civilian and commercial traffic."

In response, the Polisario Front said the three-decade-old ceasefire in disputed Western Sahara was over.
"War has started, the Moroccan side has liquidated the ceasefire," senior Polisario official Mohamed Salem Ould Salek told AFP, describing the action by Rabat as an "aggression".

"Sahrawi troops are engaged in legitimate self-defence and are responding to the Moroccan troops," said Ould Salek, who serves as foreign minister of the Polisario-declared Sahrawi Arab Democratic Republic.

Pro-Polisario protesters have for weeks blocked the road where it passes through an UN-monitored buffer zone near the Mauritanian border after a UN Security Council resolution that included language seen as favourable to Morocco.

In a statement, the Foreign Ministry said Morocco “had no other choice but to assume its responsibilities in order to put an end to the blockade ... and restore the free flow of civilian and commercial traffic”.

Morocco took over the desert territory in 1975 when Spanish rule there ended and considers the phosphate-rich region part of its own country.

Last month the UN Security Council passed resolution 2548 which called for a “realistic, practicable and enduring solution... based on compromise”.

That language was widely seen as calling into doubt any referendum on the territory’s future - a goal long sought by the Polisario and backed by the United Nations in 1991.