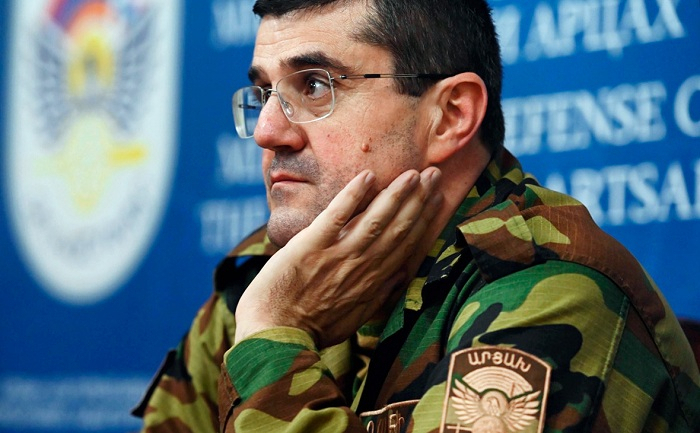 The bodies of 150 Armenian servicemen were removed  near Shusha, says Arayik Harutyunyan, the leader of the separatists in Nagorno-Karabakh, AzVision.az reports.

He once again confessed that they had suffered heavy losses.

"150 bodies near Shusha proves the fact and hundreds of bodies are still on the battlefield."

The separatist leader also expressed concern over threats to internal stability in Armenia.