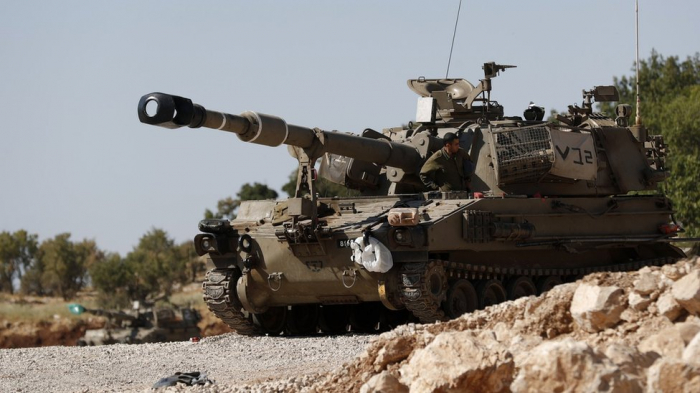 Israel said it launched air strikes against a number of Syrian army and Iranian Quds Force targets in Syria on Wednesday after explosive devices were planted in the Israeli-held Golan Heights, Reuters reported.

The Syrian state news agency reported that three military personnel were killed and one was wounded in “Israeli aggression”.

Lieutenant-Colonel Jonathan Conricus, an Israeli military spokesman, said eight targets in areas stretching from the Syrian-controlled side of the Golan Heights to the Damascus periphery were attacked.

They included an Iranian headquarters at Damascus international airport, a “secret military site” that served as a “hosting facility for senior Iranian delegations when they come to Syria to operate” and the 7th Division of the Syrian armed forces, he said.

Syrian advanced surface-to-air missile batteries were also hit “after they fired at our aircraft and at our ordnance”, Conricus said.

Israel has repeatedly struck Iranian targets in Syria and those of allied militias, including Lebanon’s Hezbollah, saying it would not tolerate Iranian entrenchment in its northern neighbour.

Commenting on Wednesday’s attack, Conricus said: “It’s not one of the largest, but it is diverse.”

Syrian President Bashar al-Assad’s government has never publicly acknowledged that there are Iranian forces operating on his behalf in Syria’s civil war.

Western intelligence sources say Israel’s stepped up strikes on Syria this year are part of a shadow war approved by Washington in a bid to check Iran’s military reach.

Conricus, briefing foreign reporters, said three claymore anti-personnel charges were discovered on Tuesday near an Israeli military position in the Golan Heights, a strategic plateau captured and occupied by Israel in the 1967 Middle East war.

“The actual planting of the IEDs (improvised explosive devices) was done by Syrian locals but the guidance, instruction and control was by the Iranian Quds Force - that is why we decided to retaliate against them in Syria,” Conricus said.