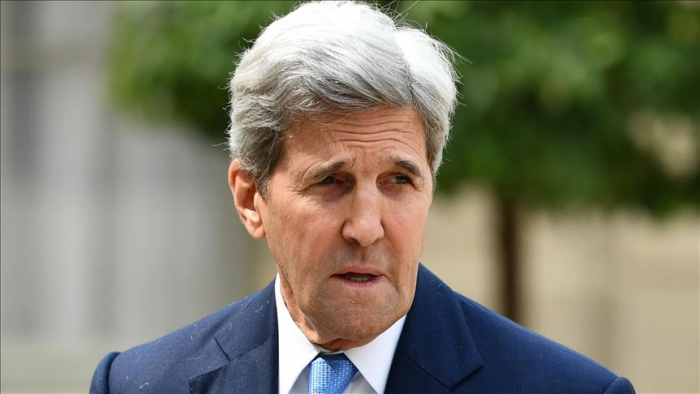 US President-elect Joe Biden on Monday named John Kerry, the former state secretary, as a special presidential envoy for climate to lead the country's fight against climate change.

Kerry will be the first official dedicated to climate change that will sit on the National Security Council (NSC) and his role will not require Senate confirmation.

It reflects "the president-elect’s commitment to addressing climate change as an urgent national security issue," the Biden transition team said in a statement where they announced Kerry's appointment with other key picks for foreign policy and national security.

"Secretary Kerry elevated environmental challenges as diplomatic priorities, from oceans to hydrofluorocarbons. He was a key architect of the Paris Climate Accord, and signed the historic agreement to reduce carbon emissions with his granddaughter on his lap."

"America will soon have a government that treats the climate crisis as the urgent national security threat it is. I'm proud to partner with the president-elect, our allies, and the young leaders of the climate movement to take on this crisis as the President's Climate Envoy," Kerry said on Twitter.

Kerry, 76, was leading the US' participation in the Paris agreement on climate change between 2013-2017 when he served as state sectary of the former President Barack Obama administration.

The US formally withdrew from the agreement Nov. 4, a day after the 2020 elections, after starting the process last year under President Donald Trump.

Biden has repeatedly said the climate change will be among his top agenda items as president, eyeing to return to Paris Agreement.