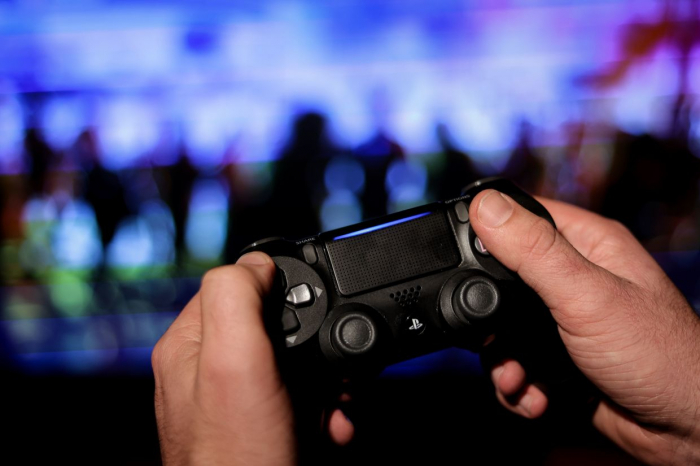 Forget politics and religion, the culture wars of our time are between moss lovers and lawn mowers, and if you haven’t realized yet it’s because you haven’t been spending enough time on TikTok.

On the corners of the internet most frequented by people born this century, manicured lawns are frowned upon because they can’t be walked on, require fertilizer, need too much water and are boring and ugly (sorry, Versailles).

In short, they're the perfect metaphor for boomers.

Moss and wildly biodiverse gardens, on the other hand, are great for water retention, prevent soil erosion, don’t need pesticides or fertilizers, capture carbon dioxide and are a perfect habitat for amphibians and bees.

That’s what @emptyskullmode (1 million likes), @....gillian (905,200 likes) and @skynoer (426,800 likes) have been broadcasting to their followers, alongside beauty tips and baking experiments.

Look beyond the inane challenges and the silly dances, and Generation Moss—also known as Gen Z— is shaping climate policy, finance and activism more than any previous generation.

In the era of big data and little privacy, these kids have been studied, analyzed and polled to exhaustion. We know, for example, that for a majority of those born between 1995 and 2000, climate change is the most vital issue of their time, according to an Amnesty International survey last year.

The Covid-19 pandemic has made them more optimistic that it’s not too late to repair the damage done to the environment, a conviction they share with millennials, according to the Deloitte Global Millennial Survey 2020.  About four out of five respondents think businesses and governments should make greater efforts to protect the environment.

The videogame sector, which generated $120.1 billion in revenue in 2019, is taking note. Twenty eight companies with a combined audience of over 970 million players have joined the United Nations’ Playing for the Planet Alliance, pledged to reduce emissions and to insert green elements into games.

Microsoft, which has promised to remove more carbon from the atmosphere than it has emitted by 2050, is making its Xbox carbon neutral. Its direct competitor, Sony’s PlayStation, has improved the energy efficiency of its upcoming PS5.

Gamers have been driving this green shift for years. In 2018, developer Nicholas Porillo made a climate plugin for Minecraft, a videogame with 131 million monthly users who spend endless hours building 3-D worlds with blocks that represent different organic materials.

Under Porillo’s modification, farm animals fart methane and furnaces emit carbon dioxide, some of which is absorbed by trees. As greenhouse gas levels in the digital atmosphere increase, so do temperatures, sea level and flooding. Players can regulate each element’s sensitivity—for example, how much carbon emissions impact temperature—to the point that the game effectively becomes a scientific climate model.

Adults and businesses struggle to keep up with the ever-changing combination of frivolous imagery and existential ideas. They poke fun at them—just as every older generation has done with the younger one.

But our world today—the pandemic, the extreme heat, the unprecedented ice melting and the devastating wildfires—feels eerily familiar to those who have spent hours immersed in the digital, post-apocalyptic worlds of The Last of Us, Horizon Zero Dawn or the Fallout series.

Earlier this year, professional gamer Lannan Eacott, also known as LazarBeam, launched the Climate Change Challenge on Fortnite. His character, a snowman armed with a gingerbread axe, needs to complete a full circle around the game’s island while navigating melting snow.

To complete the challenge, LazarBeam needs to cut down trees to build bridges from snow patch to snow patch. That, in turn, forces him to make the nonsensical decision of, he says, “destroying the environment to save the environment.” Eacott calls it a “very dumb” idea, but it worked. The video got 8.7 million views on YouTube.

“You may sit here and think this was a pointless challenge—LazarBeam why would you even do that?” he asked his 17 million YouTube followers. He was trying to send them an important message: “Climate change is a serious issue.”