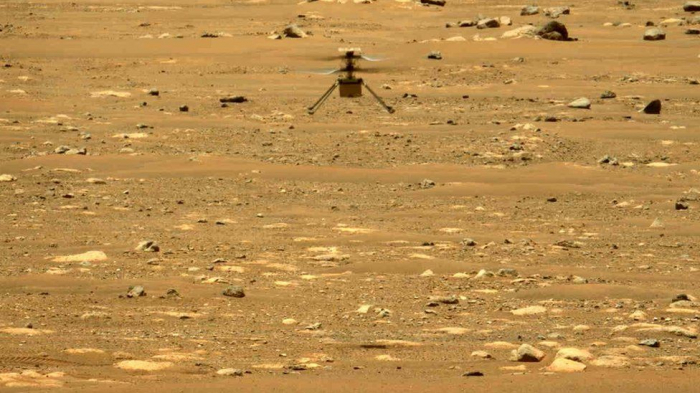 The US space agency has announced it is extending its Mars helicopter mission.

Nasa said the first three flights of the drone, called Ingenuity, had worked so well it would now be moving from a demonstration to an operational phase.

This means the chopper will now support Nasa’s Perseverance Rover, helping with its hunt for signs of life.

The new phase will last for another 30 Martian days - or Sols - but the team said they’re hopeful it could be extended further.

“The technical performance has been fantastic and it is exceeding all our expectations,” said MiMi Aung, Ingenuity’s project manager.

“I can't tell you how excited we are about this new phase.”

Ingenuity’s flight on 19 April made history as the first powered flight on another planet.

The 1.8kg chopper lifted off in the extremely thin Martian atmosphere and hovered at a height of 2 metres for about 40 seconds before landing.

For its second and third flight, it flew further afield, rising to a height of 5 metres before speeding off laterally for 50 metres and then returning to its landing spot.

Nasa’s original plan was to then carry out two more flights, before grounding Ingenuity to bring the technology demonstration to a close.

But Friday's announcement is a change of course. The US space agency said it is so pleased with the helicopter’s performance, it wants to push Ingenuity further.

Bob Balaram, Ingenuity’s chief engineer, said: “It's been riding the winds, it's been taking off great, all the engineering systems, the solar panel, the battery, the radio have all been working very well - everything has just been fantastic.”

Now Ingenuity will be helping out with the science programme.

It will work with Nasa’s Perseverance Rover, as it starts to explore the Jezero Crater - a region of Mars that was once a lake. 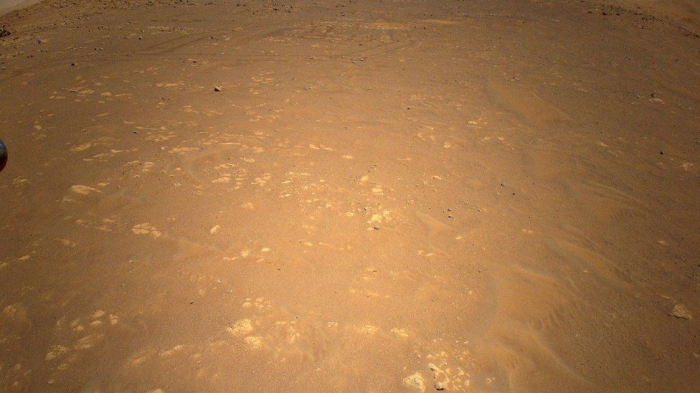 The rover will be looking for rock samples that it can study with its onboard laboratory - its ultimate aim is to find signs of life.

In the helicopter’s new operational phase, it will fly up to a kilometre ahead of the rover, scouting for promising geological features and exploring areas that Perseverance cannot reach.

The hope is this will demonstrate how aerial exploration could help future missions. 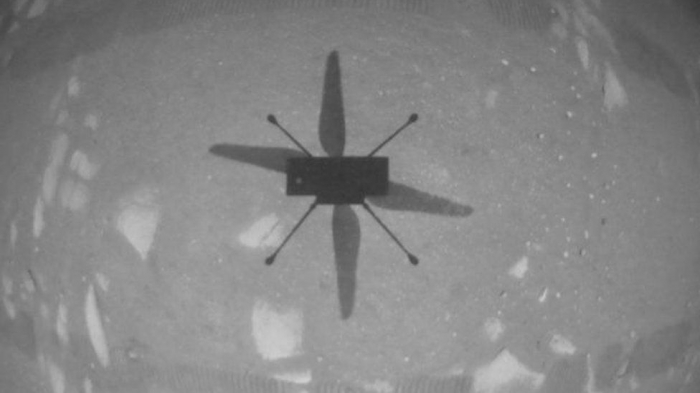 The helicopter's fourth flight, which took place on Friday, begins the transition to the operational phase.

The plan was a 266m-round trip and for the helicopter to take 60 black-and-white images and five colour images, and Nasa has confirmed the helicopter flew further and faster than ever before.

This data will help the team to locate a new flight field, and on its next flight, in about a week's time, the helicopter will head there so the next stage of its mission can begin.

Nasa is hopeful the helicopter will perform well, but acknowledges the next phase will push the helicopter to its limits - it was only ever built to fly as a tech demo.

"We will now be flying over unsurveyed terrains and transfer to airfields that are not well characterised so there's a higher probability of a bad landing," explained MiMi Aung.

"We will be celebrating each day that ingenuity survives and operates beyond the original window."