Soviet government tore Zangazur from Azerbaijan and handed it over to Armenia, says Ilham Aliyev 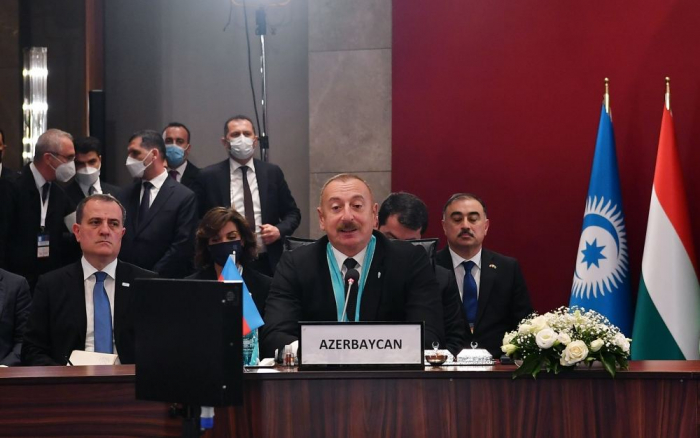 The Soviet government disrupted the geographical connection of the Turkic world by tearing Zangazur from Azerbaijan and handing it over to Armenia, President of Azerbaijan Ilham Aliyev said at the 8th summit of the Cooperation Council of Turkic-Speaking States, AzVision.az reports.

"We are now engaged in major restoration work. At the same time, the results of the second Karabakh war open up ample opportunities for the region. In particular, I think that the opening of the Zangazur corridor in terms of transport will usher new opportunities for the whole region. I do hope that Armenia, which has been defeated because of its policy of aggression, will sooner or later realize that its territorial claims to any country will not bring them good or honor. I do hope that Armenia's territorial claims to both Turkey and Azerbaijan will end in the near future. Otherwise, they may find themselves in an even more precarious situation. The Zangazur corridor is a project that can unite the Turkic world, Europe and our neighbors, and active work is currently underway to realize this project," the head of state said.