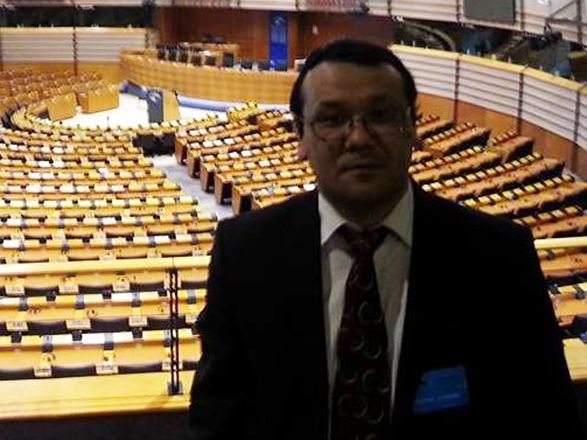 Awarding the Supreme Order of the Turkic World to President of Azerbaijan Ilham Aliyev is an important event of the VIII Summit of the Turkic Council, said Associate Professor of the Scientific and Educational Department of International Relations and Management at Narxoz University of Almaty (Kazakhstan) Saken Mukan, AzVision.az reports citing Trend.

According to Mukan, the world community closely watched last year's 44-day second Karabakh war, the courage, which the Azerbaijani people have shown, fighting for the restoration of their country's territorial integrity.

“A significant factor is that during Azerbaijan's chairmanship in the Turkic Council, the country was in a state of war. Azerbaijan's foreign policy allowed everyone of the participating countries to rethink the importance of Turkic unity in a rapidly changing world," Mukan said.

Mukan also said that the VIII Summit of the Turkic Council was held in a difficult post-COVID-19 period.

"Last year, in connection with the COVID-19 pandemic, the Azerbaijani side initiated an emergency summit as chairman online, at which a wide range of measures to overcome the current situation were discussed, mutual assistance was proposed on the basis of fraternal solidarity. The significance of this summit is that for the first time Turkmenistan and Hungary have officially established themselves as observers, which is an important factor in building equal partnership relations between the participating countries," Mukan said.

He pointed out that the main result of the summit is the decision to rename the Turkic Council into the Organization of Turkic States.

"From the date of the formation of the Council in Azerbaijan's Nakhchivan in 2009, the founding countries (Azerbaijan, Kazakhstan, Kyrgyzstan and Turkey) have made great efforts to give the Organization an international status. Since then, the geopolitical situation in the region has changed," he stressed.

Mukan added that strengthening ties between the participating countries in the post-COVID-19 period will lead to a gradual recovery of national economies and give an impetus to the investment attractiveness of states.