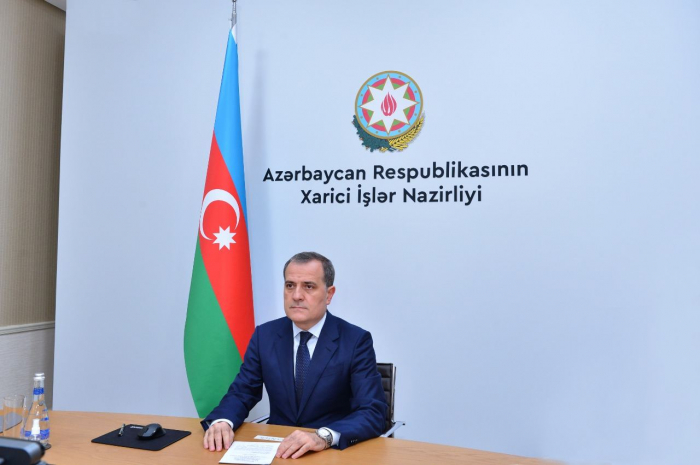 Azerbaijan is working on the restoration of the railway network destroyed by Armenia during the occupation period, said Foreign Minister Jeyhun Bayramov at a panel discussion on EU-Azerbaijan relations at the Brussels Press Club.

The Minister stated that Azerbaijan has given its consent for Armenia to join the rail network.

"The construction of the railway network will play a role in building ties among Turkey, Azerbaijan, Georgia, Iran, Russia, and Armenia, as well as the East-West link between Asia and Europe. It will also be useful for the corridor, " Bayramov noted.