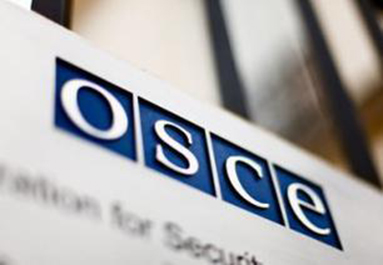 The Co-Chairs of the OSCE Minsk Group (Ambassadors Igor Popov of the Russian Federation, Jacques Faure of France, and James Warlick of the United States of America) and the Personal Representative of the OSCE Chairperson-in-Office, Ambassador Andrzej Kasprzyk, travelled to the region December 15-19 to discuss recent developments in the Nagorno-Karabakh peace process.

The Co-Chairs met with Azerbaijani President Aliyev on December 15 in Baku, and with Armenian President Sargsyan on December 16 in Yerevan. They travelled to Nagorno-Karabakh on December 17 to meet with the de facto authorities.

The Presidents and the Co-Chairs discussed the outcome of the November 19 summit meeting in Vienna, and the subsequent meeting of their Foreign Ministers in Kyiv on December 4-5. They expressed their resolve to continue building on these substantive talks in January 2014. The Co-Chairs noted that recent violence on the border undermines prospects for peace. They encouraged the sides to refrain from further actions that could increase tensions, and to work to maintain an atmosphere conducive to progress at the negotiating table.

The Co-Chairs will travel to Switzerland for consultations with the incoming Chairperson in Office of the OSCE in January, followed by a meeting of the two Foreign Ministers to prepare for the next summit, official website of OSCE reports.